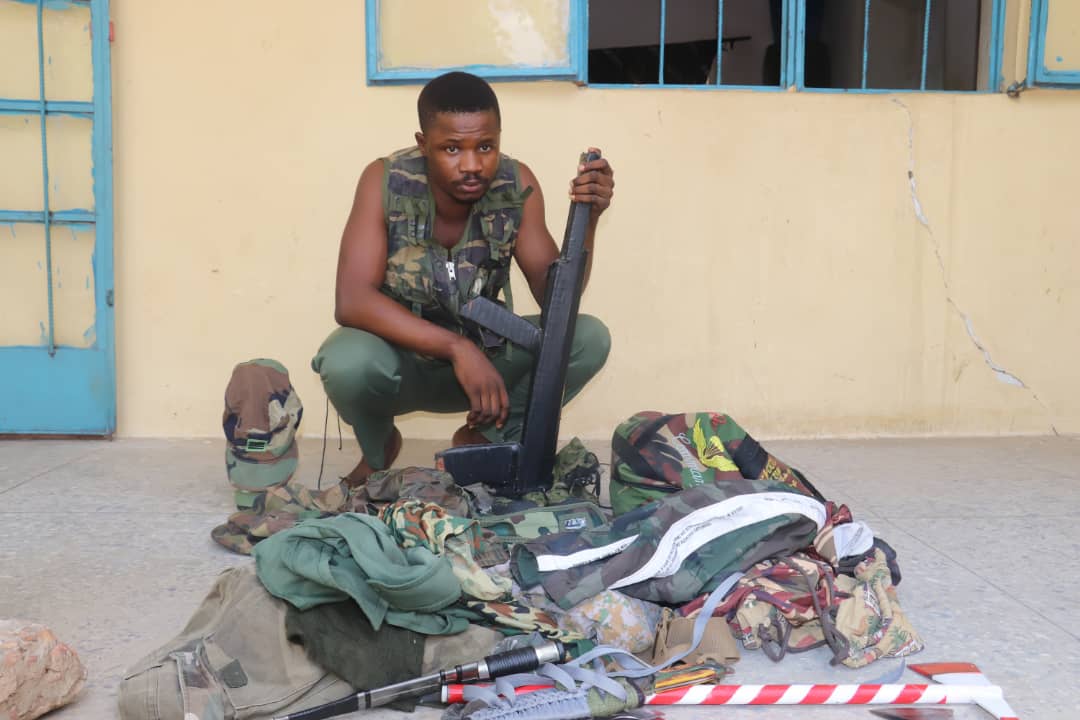 A 24-year-old man, Emmanuel Dominic, is in the custody of the Niger State Police Command over alleged armed robbery and impersonation of a soldier of the Nigerian Army in Minna, the state capital.

He was nabbed by the police dressed as a soldier attached to TRADOC, Minna, when he went to secure the freedom of his friend from police custody.

The military uniform he wore belonged to his late father, who was a soldier.

Dominic, who resides around the Tunga area of the town, it was learnt claimed to be a barrack boy of the Nigerian Army Minna.

He stated, “the suspect dressed in Nigerian Army camouflage, went to the Police Division and paraded himself as a soldier of Nigerian Army with service no. 05313 attached to TRADOC, Minna to secure the release of his friend in Police custody.

“During interrogation, the suspect was discovered to be a fake soldier and subsequently arrested.”

According to him, “he is equally suspected to have been robbing victims in Minna and its environs with the wooden carved gun, jackknife and the axe”.

“The case is under investigation, while the suspect will be arraigned in court for prosecution immediately after the investigation is concluded”.