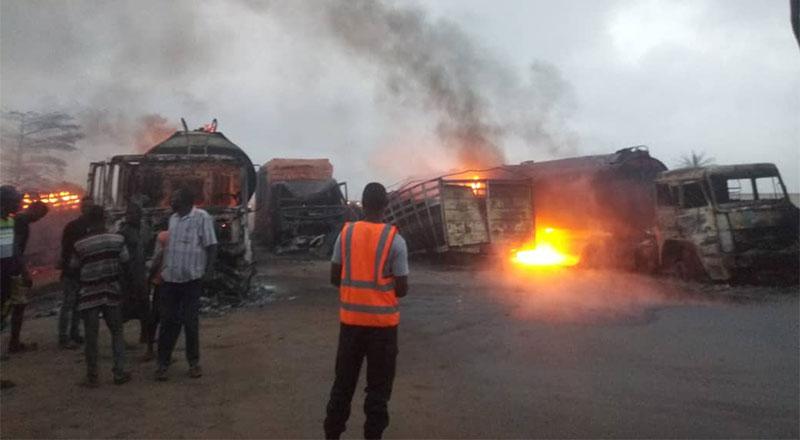 A petrol-laden tanker has exploded along the Lagos-Ibadan highway, DAILY POST reports.

The tanker exploded in the early hours of Wednesday, around Tunji Alegi Filling Station, Kwakyama Area of Ogere in Ogun State.

The Federal Road Safety Corps (FRSC) confirmed the fire outbreak, saying “the spill has affected some other vehicles parked at the hard shoulder of the road.”

She added that fire fighters and the police from Gateway Police Station, Ogere have been contacted.

She assured that operatives of the FRSC in Ogere were on ground managing the traffic situation.

Okpe added that traffic had been diverted to avoid secondary crash.

“Motorists are advised to remain calm and cooperate with traffic managers,” she pleaded.