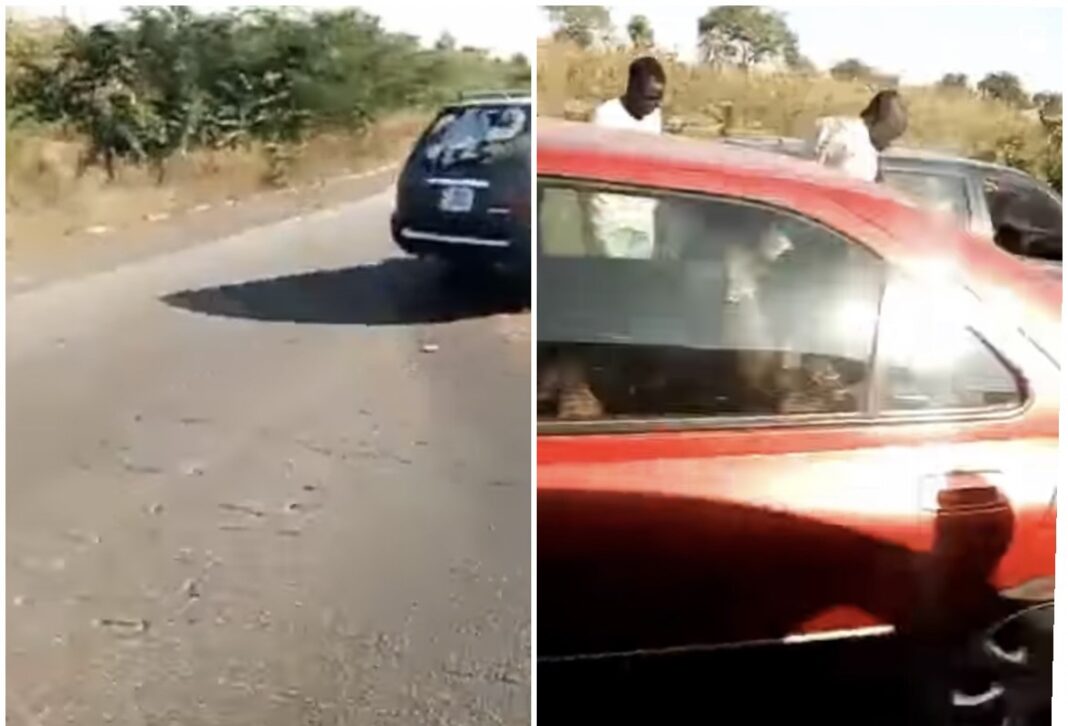 Bandits laid an ambush on the ever-busy Abuja-Kaduna road on Sunday, abducting an unknown number of travellers.

Those who escaped said the gunmen blocked the road at Katari village at about 2 pm, operating for more than an hour.

One of them told PRNigeria that they had to turn back due to the repeated sounds of gunshots.

The citizen recalled that drivers had to park some kilometres away from the scene.

They resumed their journey after vehicular movement resumed on the other side of the highway.

“Many travellers must have been kidnapped or escaped into the bush.

“We saw at least fifteen cars parked and empty when we passed the scene of the attack,” he disclosed.

Police spokesman, Mohammed Jalige was unreachable when it called his line on Sunday night.

In September, Emir Hassan Atto of Bungudu in Zamfara was taken away; a police officer attached to him was killed.

The monarch, a former Secretary to Zamfara Government, was freed after one month in captivity.