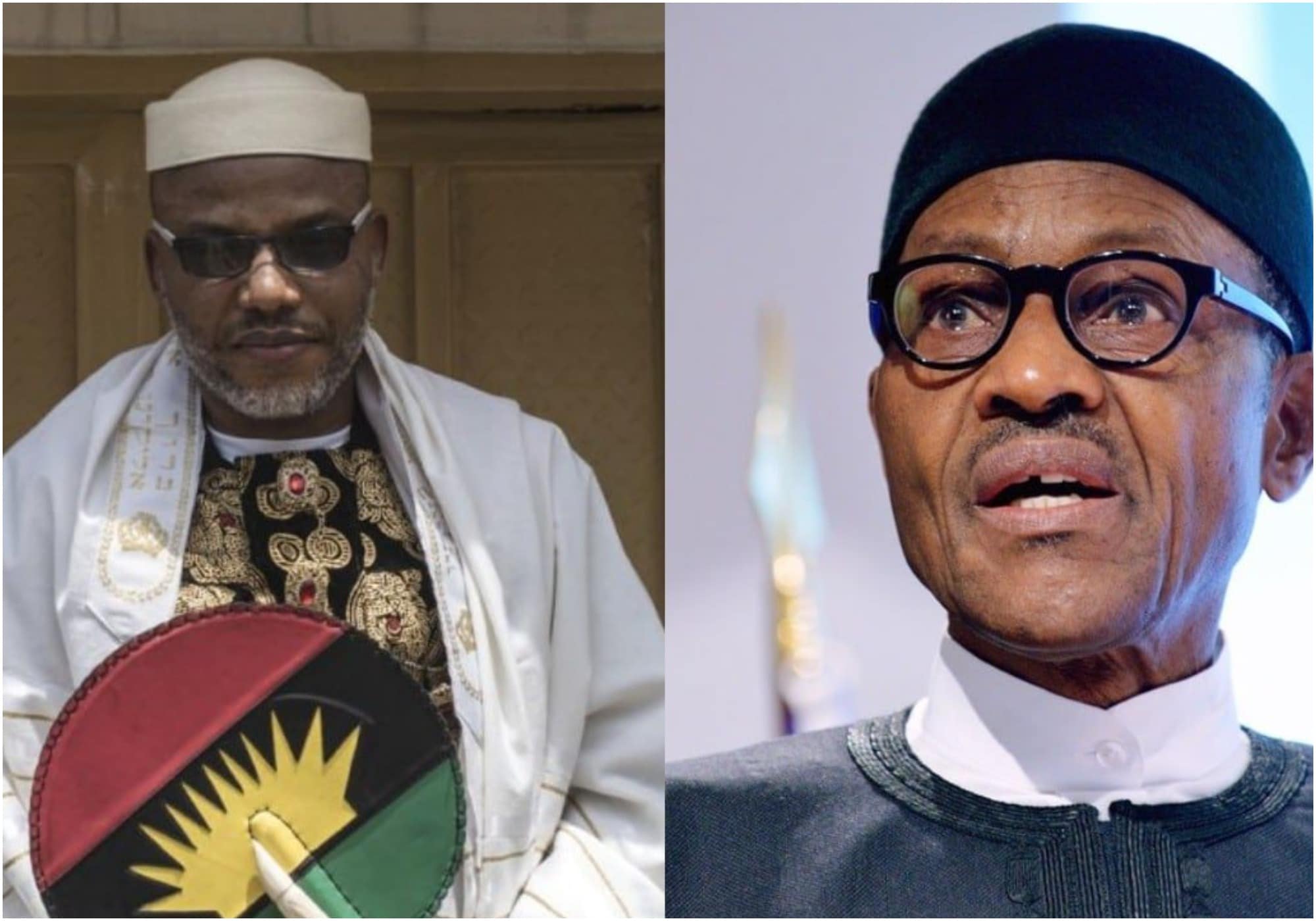 A pan-Igbo socio-cultural organization, Nzuko Ndigbo, has condemned President Muhammadu Buhari’s comment during the recent visit by Igbo leaders to the State House Abuja over the continued incarceration of the leader of the Indigenous People of Biafra (IPOB), Mazi Nnamdi Kanu, at the facility of the Department of State Service (DSS).

Recall that President Muhammadu Buhari had remarked that he would consider the IPOB leader’s release.

Buhari made the remark during a meeting with some Southeast leaders under the aegis of Highly Respected Igbo Greats, led by First Republic parliamentarian and Minister of Aviation, Chief Mbazulike Amaechi at the State House, Abuja.

Amaechi pleaded with the president to release Kanu, rather than opt for military actions.

The secessionist leader, Nnamdi Kanu is facing treasonable felony charges preferred against him by the federal government of Nigeria before Justice Binta Murtala Nyako-led Federal High Court in Abuja.

Reacting, Nzuko Ndigbo, in a statement by its Director of Media and Publicity, Mr. Edomobi Promise, and forwarded  on Sunday, noted that the President is not doing any favour to Ndigbo by the promise but doing what he is supposed to do.

The group maintained that there was no reason at all for arresting the IPOB leader in a gestapo manner and demanded for the trial of all those that abducted him from Kenya.

The Nzuko Ndigbo advised against people visiting President Buhari on behalf of Ndigbo without discussing with anybody.

The socio-cultural organization also noted that it is killer herdsmen, bandits and Boko Haram that should be targeted by Buhari and not Nnamdi Kanu or the Yoruba activist, Sunday Igboho.

According to the Nzuko Ndigbo, “Let Buhari release and apologize to Nnamdi Kanu for unlawful kidnapping by the federal government”.

Meanwhile, Pan-Nigeria Presidency of Igbo Extraction Coalition, PANPIEC, has commended igbos they have so far declared to contest in the 2023 Presidential election.

The Executive Secretary of the group, Chuks Ibegbu in a statement on Sunday, noted that the coast is now getting clearer and encouraging.

The PANPIEC asked more aspirants of Igbo extraction to declare their interest soonest as Nigerians expect them to come out in readiness and zeal to be taken seriously.

The group also asked all the political parties in Nigeria to zone their 2023 presidential seat to Igbo land.