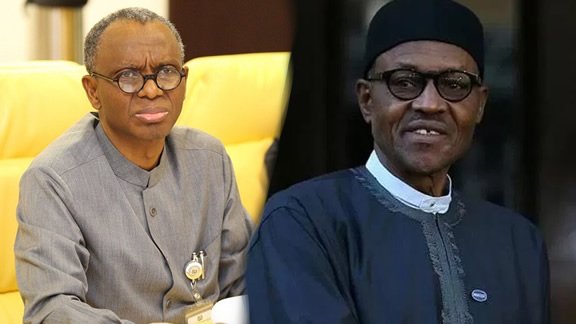 President Muhammadu Buhari and the Governor of Kaduna State, Nasir El-Rufai have come under attack over the latest abduction of travelers by bandits on Abuja-Kaduna highway.

In a viral video on Monday, passengers were heard shouting for help as bandits attacked commuters along Abuja-Kaduna way.

The Kaduna State government confirmed that scores of travelers were kidnapped but eleven of them were rescued.

Her tweets read: “ Since I heard this news of the attack and killings on Abuja-Kaduna expressway, I have not been able to do anything and I have so many deadlines to meet!

“This is one of the reasons I do not read Newspapers nor watch the News on TV. I empathise and have survivor’s guilt. People kidnapped and killed and there is silence! Buhari should be dragged out of the villa!

“What is the National Assembly doing? Impeach Buhari! The Northern people will thank you for it! They are sick and tired of the heartless and soulless posing as Commander-in-chief!”

Meanwhile, other Nigerians have taken to social media, demanding a solution to the constant kidnapping and attacks by bandits on the Abuja-Kaduna highway.

They demanded that the government should swing into action to perform its primary responsibility to secure the lives of Nigerians.

Here are some comments gathered :

@Integrity56 “ Attacks on Abuja-Kaduna Expressway have continued unchecked, Buhari has ceded many areas of this Country to terrorists, several communities in Niger State are controlled by terrorists. Sentiments aside, Buhari is not fit to be President.”

@FrancisAdeboye “ El-Rufai should never be exonerated from the blatant failure in ensuring security of lives & property on the Abuja-Kaduna expressway.”

@Abajan “ The innocent man killed yesterday on Kaduna-Abuja expressway and a lot being kidnapped will never see Justice by the Government of Federation. You see why Nigeria is a jungle?”

@Skwash “ Kaduna-Abuja Expressway is the new safe haven for bandits and kidnappers yet this Government has failed to address this issue. Their primary responsibility of protecting lives and properties of its citizens, apparently is the least of their concerns. Who did we offend?

@Otunba_Ayomide1 “What is stopping the Nigerian government from taking decisive action on that kaduna-abuja expressway? That road has been the den for bandits for years now but the government keeps allowing terrorists to kill and kidnap people.”

@Retson “The INSECURITY ECONOMY on that Kaduna Abuja Expressway is Lucrative. That is really sad, because You would expect that it would be a matter of urgency for this administration to ensure we secure that route knowing the frequency of attacks and the proximity to the FCT.”

@Emmy “Abuja-Kaduna expressway, hardly would you see checkpoints. But going to all Eastern parts of Nigeria, Buhari deployed soldiers, police to harass and kill innocent citizens. It’s high time Buhari needs to be dragged out of the Villa.”