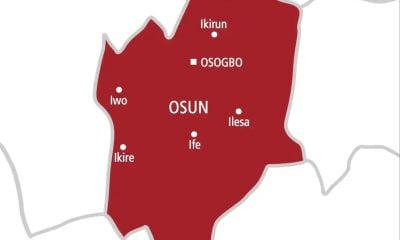 The Moronfolu royal family, a branch of the Olaojo ruling house of Ifon-Osun has written a letter to the Osun State Government protesting purported plans to bypass them in installing another candidate as the Olufon of Ifon-Orolu.

In a letter, which was made available on Tuesday, they called on the state government not to remove the ancient landmark in the town through the installation of the next Olufon.

While noting that it was a repetition of the administrative error that was committed in the installation of the immediate past monarch, they said the same abnormality should not continue.

According to the letter, “Olaojo Ruling House is the same family that suffered from the same injustice in the past. It is glaring that the Ministry of Local Government and Chieftaincy Affairs is determined not to look into the merit of the situation but unrepentant to adopt illegality just for interest best known to them.”

The family called on the state government to do the right thing by requesting Olaojo Ruling House to produce the next Olufon of ifon in accordance with 1988 extant and subsisting Olufon Chieftaincy Declaration.

The family also requested the state government to initiate urgent action to demonstrate its commitment against unfavorable external political influence targeted against the will of Orolu Community that has always been marginalised since the beginning of the All Progressive Congress (APC) administration in the State.

It disclosed that it was ready for amicable resolution and settlement of the teething crisis arising from the unpopular decision, adding that the state government should curb the illegality of its officials.