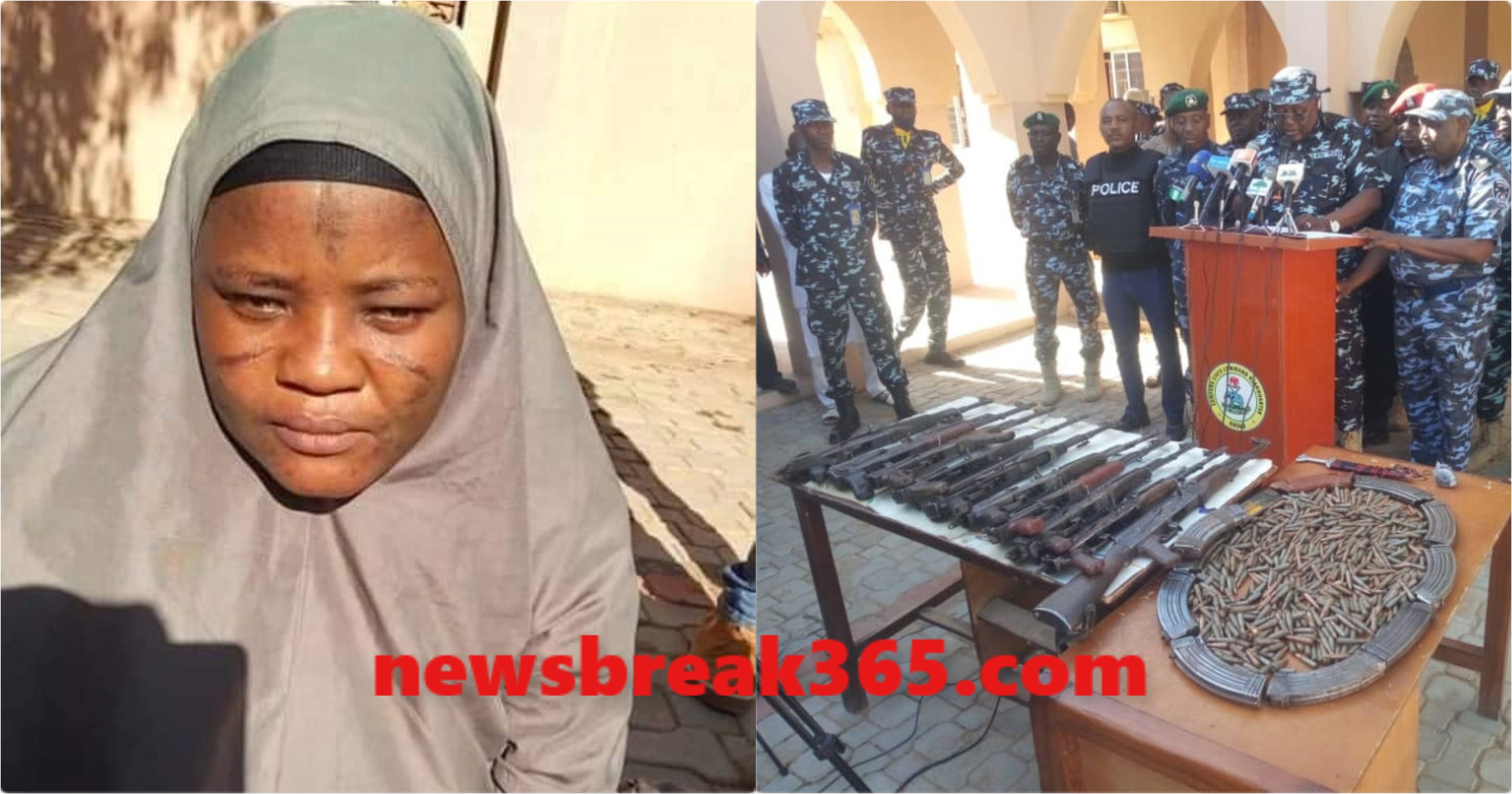 A 30-year old woman, Fatima Lawali who allegedly specialised in supplying arms and ammunition to bandits in Zamfara, Sokoto, Katsina, Kaduna and Niger states has been arrested with 991 rounds of AK-47 live ammunition in Zamfara

The suspect was arrested at Gada Biyu area of Bungudu Local Government Area as she was conveying her deadly goods from Dabagi Village in Sokoto for delivery to one Ado Alero, a notorious bandit kingpin who been terrorising Zamfara and neighbouring states.

Zamfara Commissioner of Police in the state, Mr Ayuba Elkanah disclosed this at a news conference in Gusau on Friday

The police boss added that the Lawali was arrested on Oct. 25 at about 09.30 pm. by the command’s police tactical operatives in collaboration with FIB/STS.

Elkanah further said that the suspect, upon interrogation, Lawali confessed to the crime and had provided information that made the police to swing into action.

This, he said, had led to recovery of a large quantity of dry leaves suspected to be Indian hemp at Gwiwa village in Kaura Namoda LGA.

The command also said that it had succeeded in arresting several gangs of bandits and their collaborators through the operatives in the Police Tactical Team from FIB/STS Force Headquarters, Abuja.

He attributed the feat to the intervention of the Inspector General of Police, Usman Alkali-Baba, through the deployment of Police Tactical Team from FIB/STS Force Headquarters, Abuja, headed by DSP Hussaini Gimba.

This, the police commissioner said, was owing to the IGP’s commitment to restoration of peace and security to Zamfara.

He added that the tactical team was working in collaboration with the operatives of command in the ongoing police operations across the state.

“The operations led to serious gun battle with the bandits where unspecified number of bandits were fatally injured, with others escaping with possible gunshot wounds,” Elkanah said.

He added that 10 assorted AK-47 rifles, with magazines containing 143 rounds of live ammunition, were recovered from the scene.

The police commissioner also said that another suspect was arrested in Gusau, based on intelligence that he had been collaborating with other notorious bandits in Maradun and Bungudu council areas. (NAN)