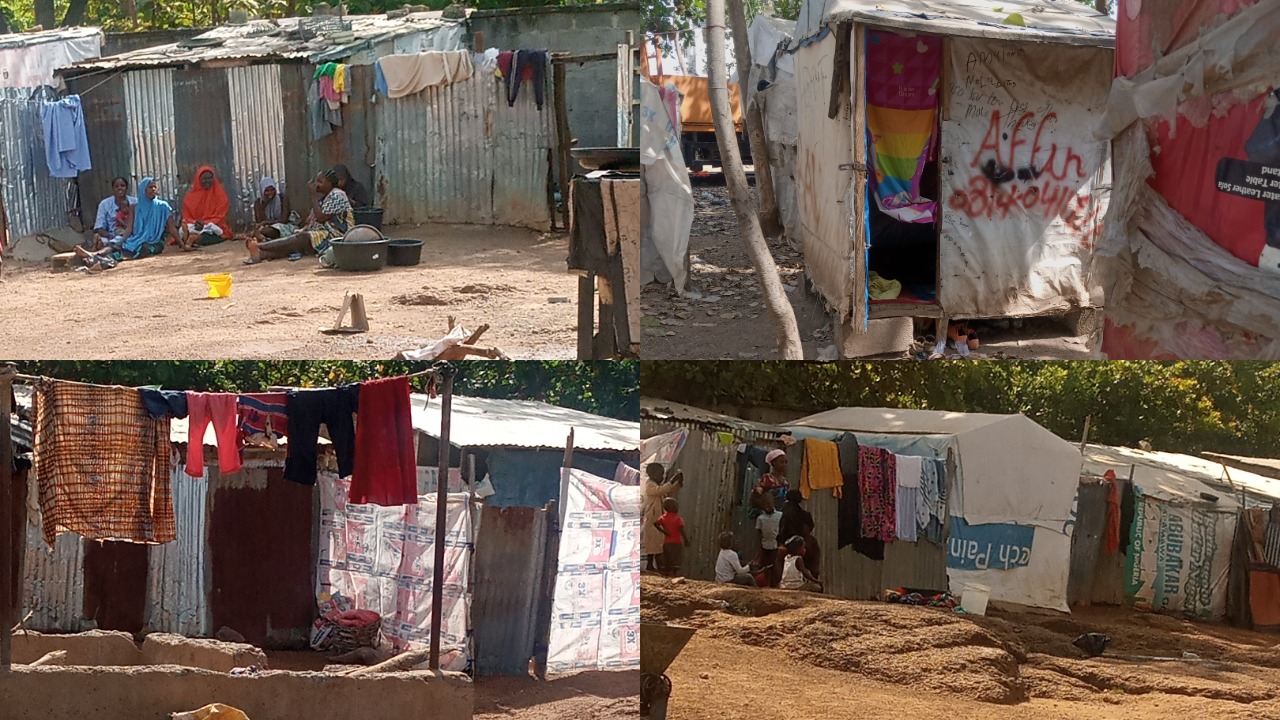 The Internally Displaced Persons, IDPs in Durumi, Garki Abuja have lamented the deplorable condition of living in the camp, saying they are dying of hunger, diseases and other factors threatening their lives.

Over 3,000 persons displaced from Borno, Yobe and Adamawa States over the activities of Boko Haram insurgents and bandits are currently living in the camp.

The chairman of the camp, Mr Umaru Gola said that the condition of living in the camp is currently unbearable, describing it as inhumane.

He said, “Everybody has been left to face his or her fate. We are alive till today by the grace of God and the help of some good spirited Nigerians who come once in a while to donate items to the displaced persons”.

According to the Chairman, they bury members of the camp on a weekly basis following hunger, and curable diseases, stressing that, “the young men among us are the ones trying to help us in most cases.

“They go out daily and engage in activities like commercial motorcycling just to help the situation but we bury some of them like twice in a week or sometimes once in a month due to road accidents”.

When asked how they access medical facilities in the camp, Mr Umaru said they were offered free medical care by a government agency, lamenting that the agency stopped two years ago.

“Since about two years ago, we have been left to struggle on our own, most times, when there is a health challenge that is beyond us, we go to churches and mosques to beg for assistance.

“Sometimes when rich people visit us, we tell them our challenges, maybe about some persons in the hospital and they help us to settle the medical bills,” he added.

On Monday morning, several children were seen roaming about as the parents complained of lack of money to send them to school.

One of the parents, Mrs Hanatu, a mother of five, while speaking with our correspondent, said that since they joined the IDPs in the camp in 2015, there has been no former education for her children owing to lack of money.

“Our concern is how to even feed them not to talk of school yet. Since Boko Haram killed their father in 2015 and took over our village, in Borno, my children have not gone to any school.”

When asked if she would love to go back to her state when normalcy returns, she said, “We don’t like the life we are living here today, our greatest prayer is that one day, we will return to our ancestral home and continue our lives there”.

Another displaced person who spoke to our correspondent on condition of anonymity, revealed that the poor environment has exposed them to several diseases in the camp.

He said, “We are dying slowly, this is not where human beings should live. Because of the environment as you can see, our people fall sick every day and some die due to lack of medical facilities. We want the government to help us. They should come and rescue us from this hardship.

“We are also Nigerians and we need to feel relevant in the society like others. No one would choose this kind of horrible life, it is the condition we found ourselves.”