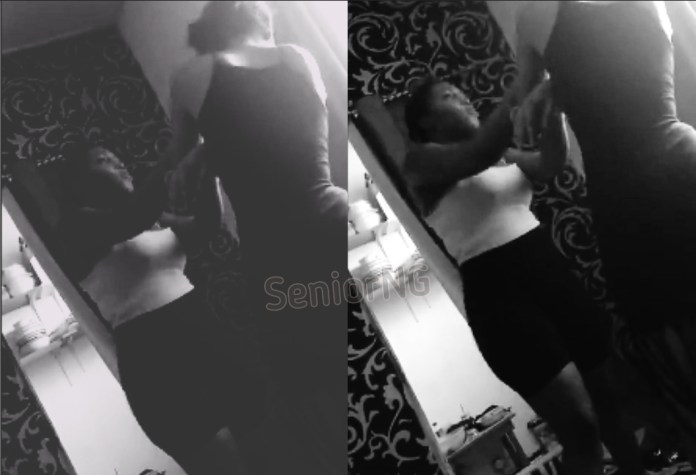 According to the twitter user, a 19-year-old Yahoo boy was secretly having an affair with a 31-year-old housewife.

A married woman has engaged a lady in a serious fight over a teenage Yahoo boy.

He said the 19-year-old Yahoo boy was secretly having an affair with a 31-year-old housewife.

In addition, the teenager was also sleeping with a 28-year-old lady identified as Faith, who resides in his street.

Trouble started when the married woman came to see him unannounced and met the other lady in his house.

Before long, they started exchanging words and it was during the process of words exchange that they both revealed their respective ages.

As Faith called the housewife a ‘small girl’, who was not her mate, since she appeared older than her.

She told her she is a 28 years old lady, surprisingly the married woman revealed she is 31.

Things got out of hands to a point where they started exchanging blows before they were eventually separated by neighbours in the compound.

“Housewife and lady fought in my street because of a 19yo Yahoo boy.

Housewife was dating the guy, guy was also

Both met each other and started fighting. Faith called housewife a ‘small girl’ who is not her age mate.

Faith says she’s 28, housewife reveals she is 31 but Yahoo Boy is said to be just 19. They fought but were separated by neighbours.

Yahoo boy pushed them out, took his key and drove out”