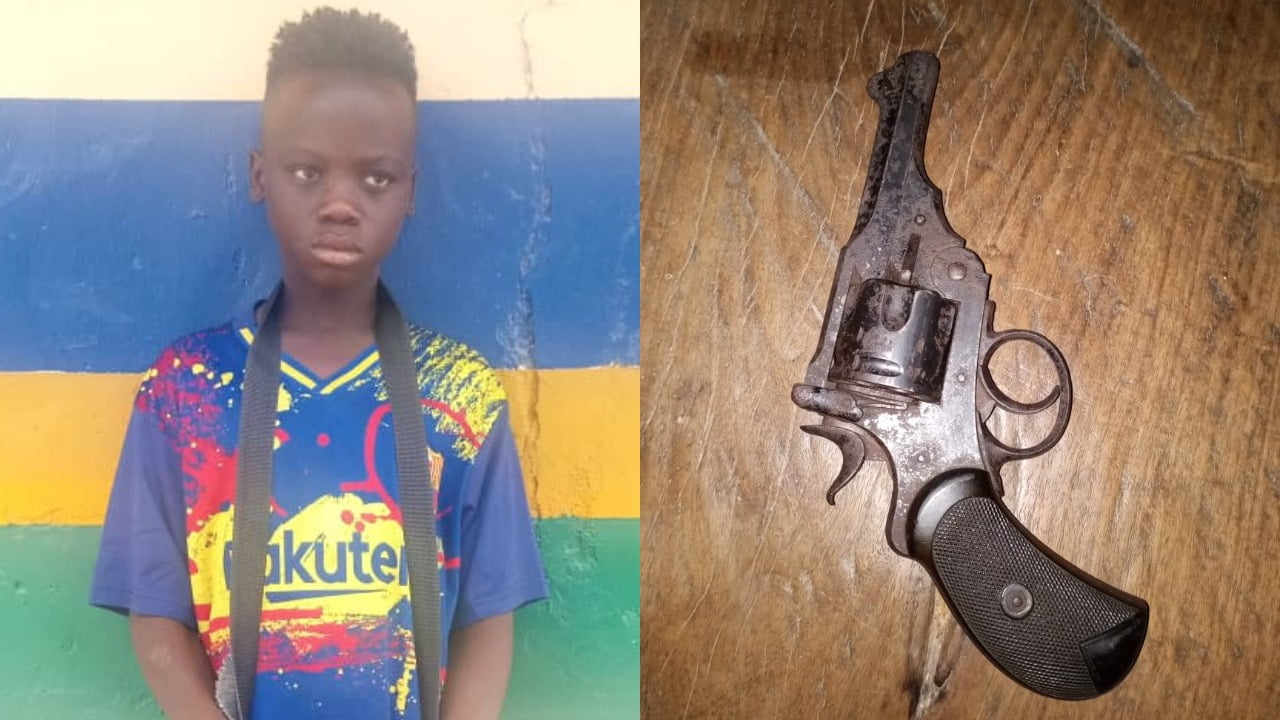 A 16-year-old boy has been caught with a revolver pistol in Adamawa State.

The state Police Command arrested the boy, Sunza Samuel, for unlawfully carrying the pistol and other firearms, and recovered the items from him.

The police said in a statement Thursday that the boy who hails from Dunge village in the Shelleng Local Government Area, was caught last month, October 2, in Ngurore, a town on the Yola-Numan highway near the state capital, Yola.

The state Police Public Relations Officer, DSP Suleiman Nguroje, said in the statement, “On December 2, 2021, the command’s operatives attached to Ngurore, while on confidence building patrol, apprehended a 16-year old Sunza Samuel with a revolver pistol.”

Nguroje added in the statement, “Also the command’s operatives attached to ‘Anti-Shilla Squad’ on December 1 disconnected a criminal network and recovered a large quantity of weeds in a certain hideout situated at the remote side of Jambutu, Yola North.

“The Commissioner of Police, Mohammed Barde, having commended the operatives for dislodging and reclaiming the public space, urged all the Divisional Police officers (DPOs) and their supervisory Area Commanders to intensify efforts in dislodging the crime network.”

Yola North and Yola South LGAs which form the nucleus of the Yola capital city, as well as neighbouring Girei LGA are infested with the young criminal elements called Shilla Boys.

The Sunza Samuel of this revolver gun story is however a notch above the typical Shilla Boys.

Shilla Boys commonly operate with knives and such light weapons to frighten their victims into giving what they seek but rarely carry guns of any sort.