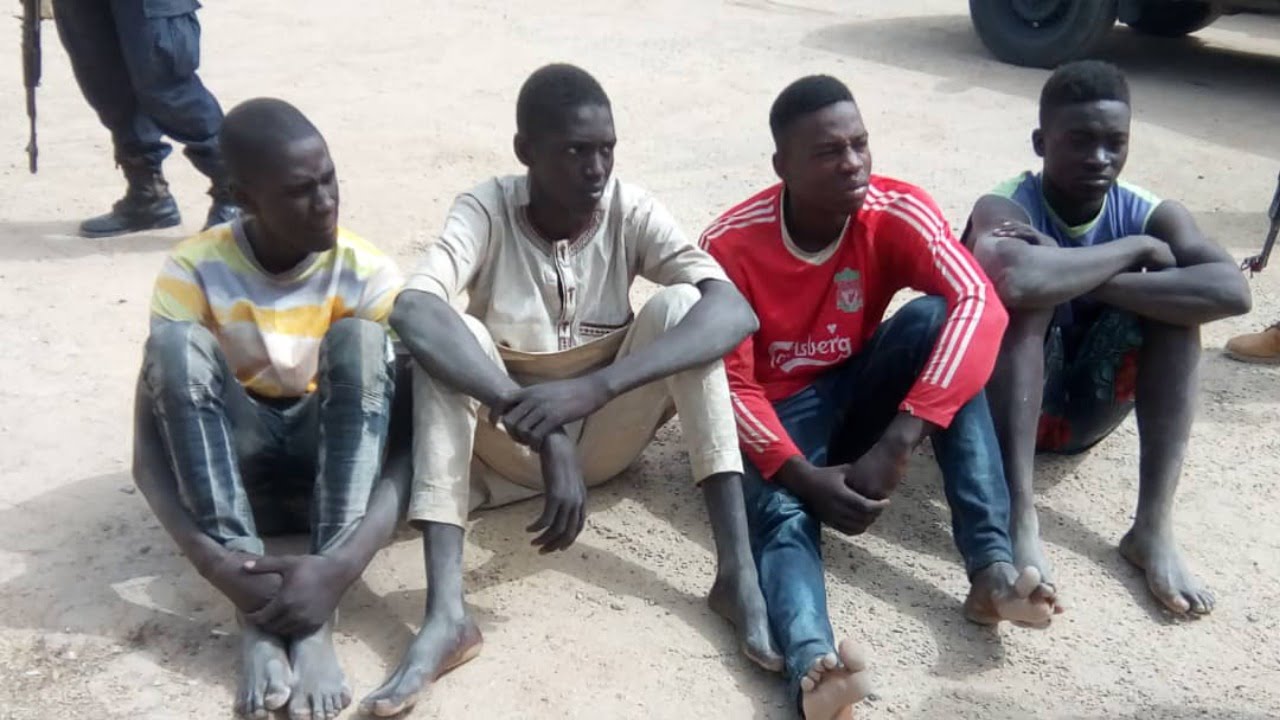 Four suspected thugs armed with dangerous weapons have been arrested by operatives of the Nigeria Security and Civil Defence Corps, NSCDC, while attempting to break into Adamu Danbaffale Model Secondary School located at Dumukur in Maiadua LGA of Katsina State on Friday.

DSC Mohammed Tukur Abdara, the Civil Defence Public Relations Officer in the state, disclosed this in a press statement duly signed on behalf of the state commandant, Mohammed Sanusi Bello and dispatched to DAILY POST on Friday.

According to the statement, while trying to break into the school premises, the hoodlums attacked one of the civil defence officers stationed in the school with machetes. Notwithstanding, the Civil Defence operatives were able to subdue the hoodlums and have since handed them over to the command headquarters for further interrogations.

In his remark, Bello, the NSCDC Commandant in the state, assured the good people of Katsina state of the Command’s readiness to protect schools in the state from any form of attack, in line with the NSCDC safe school initiatives. He however reminded members of the public that they have a very important role to play in assisting security agencies with credible information to help them get rid of criminals and protect lives and properties of the citizenry in the state.

In the same light, Bello warned criminal elements to stay off schools, private and public properties as the command will not relent in its effort to find them and bring them to justice.

The statement reads in part:

“Our operatives stationed at the school to provide a security cover against attack by criminals gallantly subdued the assailants who initially attempted to criminally trespass into the premises of the school (albeit unsuccessfully) while brandishing dangerous weapons. They also attacked one of our operatives with a machete in an effort to disarm him and break into the school premise.The culprits have been transferred to the Command headquarters for further investigation and prosecution.”