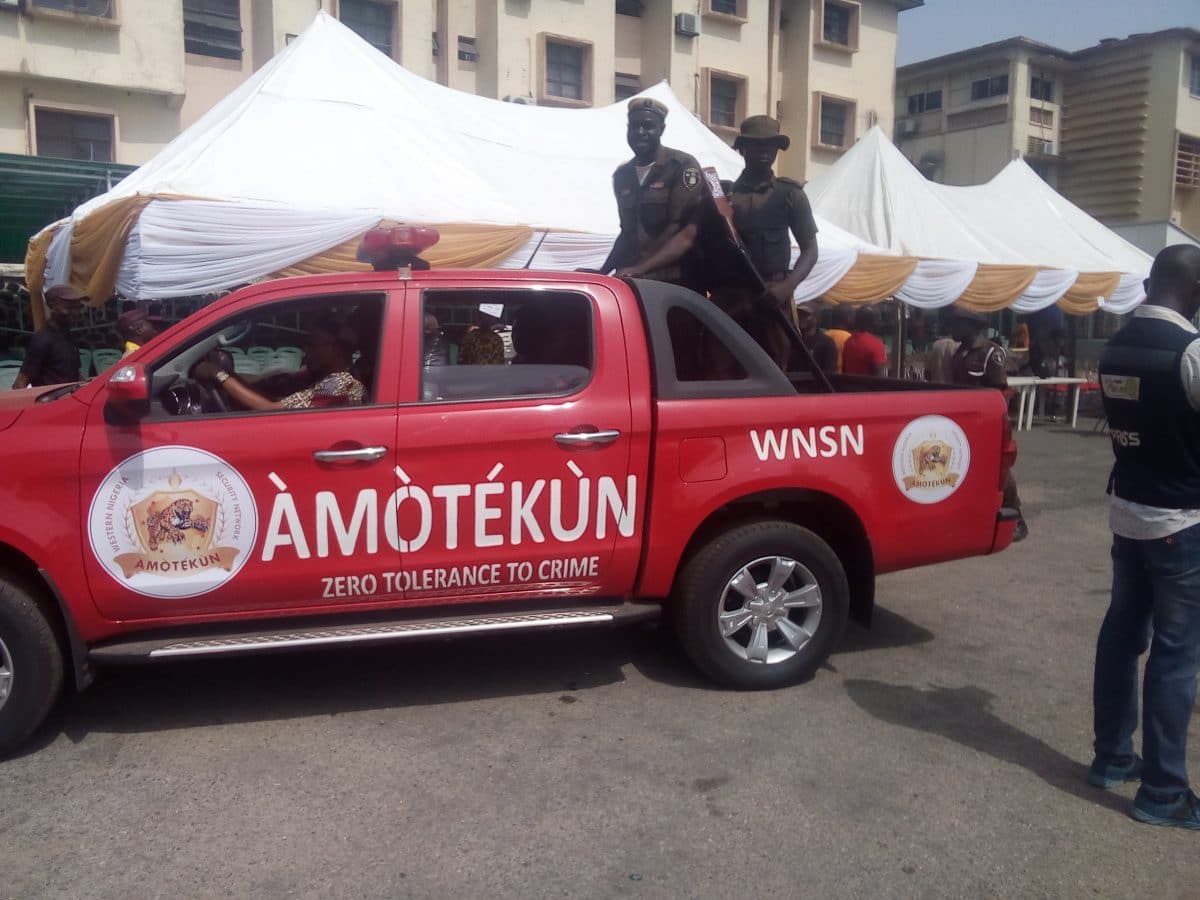 Operatives of the Ogun State Amotekun Corps have arrested no fewer than 15 men for allegedly killing an Inspector of the Nigeria Police Force.

The said Inspector, who was attached to the Inspector General of Police (IGP) Intelligence Response Squad (IRT), Annex Ibadan, Oyo State, was said to have been hacked to death by the suspects on September 20, 2021.

The Field Commander of Amotekun in Ogun, David Akinremi, told newsmen that his men apprehended one Aminu Azeez and 14 others in Ogun State.

They were arrested “for conspiracy and murder of Inspector Adebayo Adele,” who was reportedly killed on September 20, 2021, at Imeko-Afon area of Ogun.

The Amotekun boss explained that the said Inspector Adele was macheted to death when he led a team of investigating officers to arrest the suspects, who he said bought stolen cows in Ibadan.

He disclosed that Aminu Azeez, a butcher by profession, was alleged to have bought stolen cows belonging to a complainant based in Ibadan.

When the IRT team arrived at Imeko to arrest Aminu Azeez, he and his accomplices “resisted arrest, and instigated others to attack the team.”

“In the course of the assault on the Police team, the suspects macheted one Insp. Adebayo Adele, a member of the team which led to his death,” he said.

He said the suspects were arrested on January 2, 2022, adding that they had been transferred to the IRT team, Ibadan, for further investigation, as search for other suspects continues.