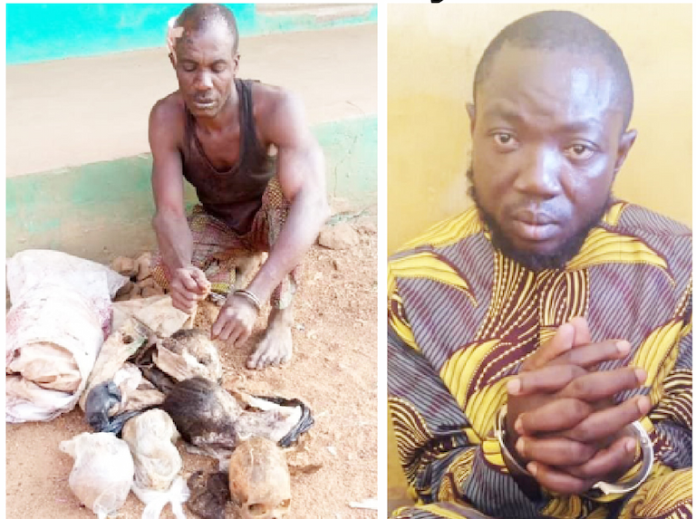 Two middle-aged men have been arrested while exhuming 16 skulls and body parts from a burial ground at Kilometer 1, Moniya-Iseyin road, Iseyin on Tuesday.

The suspects who were arrested on Wednesday are Alfa Yunusa Atikoko, and Wasiu Ajikanle.

They were arrested along the Alamole area by men of Odua People’s Congress (OPC) and Yoruba Revolutionary Movement (YOREM).

They were arrested after they had exhumed the corpses and parked the parts in sacks.

A witness told Daily Trust that the suspects have been handed over to the police for further investigation and prosecution.

There had been complaints about missing corpses at the burial ground which the authorities at the cemetery have not been able to account for.

When contacted, the police public relations officer, Adewale Osifeso, said the necessary update would be provided soon, but did not at press time.