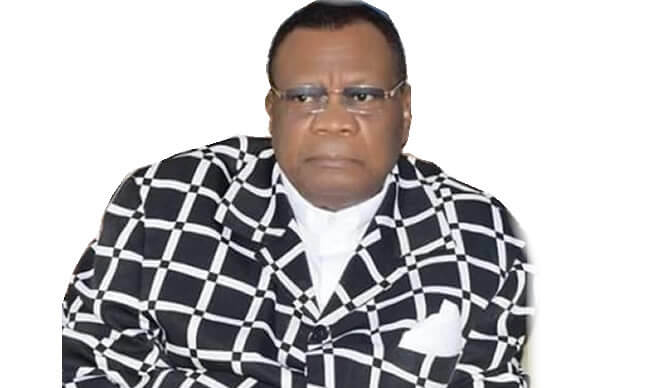 The General Evangelist, Worldwide of the Christ Apostolic Church, CAC, Prophet Samuel Abiara has predicted the future of Lagos State and Nigeria in his 2022 prophecies.

Many prophecies had been released concerning the year, many of which are scary events to unfold.

However, while speaking during a service held in Lagos House, Marina, Lagos State, to mark the new year, Prophet Abiara urged Nigerians to shun prophets of doom in 2022.

The cleric said contrary to prophets of doom, the future of Nigeria and that of Lagos State is bright.

Abiara said he foresaw a better future for Nigeria and its leaders at both the national and state levels.

In his remark during the same service, Governor Sanwo-Olu applauded his cabinet members, urging them to do even greater work towards achieving the Greater Lagos agenda.

He said: “Let us open a new chapter and know that the new chapter is about togetherness. They have said to us that we all have a brighter future.

“Our State has a bright future. But it is really for us to open our eyes very well and see the bright future. We should connect to God Almighty and ask for His direction in everything we do.”

Meanwhile, Ghanaian Prophet Nigel Gaisie has released a prophecy on a scary event that may unfold during the upcoming Africa Cup of Nations, AFCON, in Cameroon.

AFCON 2021 tournament will kick off on Sunday, January 9 with the host, Cameroon facing Burkina Faso.

Amid anticipations, Gaisie who is the spiritual head of the True Word Fire Prophetic Ministries, says he foresaw an attack by terrorists on a stadium in Cameroon.

According to the controversial self-proclaim man of God, he saw in his vision how terrorists were detonating explosives in a stadium during the AFCON tournament.

The Ghanaian-based prophet revealed this while addressing his congregants during a service yesterday.

Prophet Gaisie urged participating countries to be prayerful in averting disaster during the tournament in Cameroon.