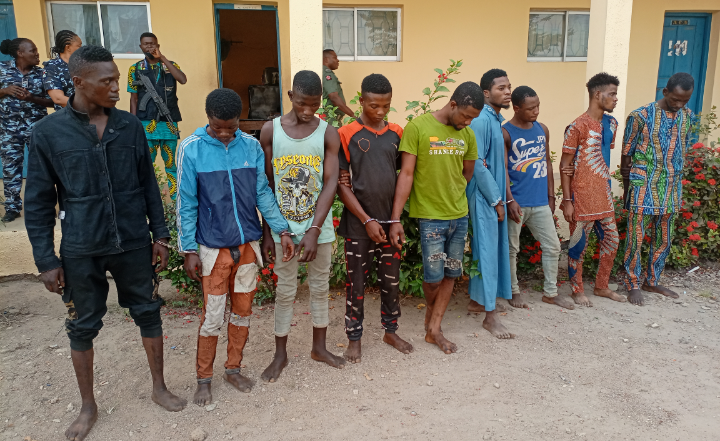 The crack team of the Osun State Police Command under the leadership of the Commissioner of Police, CP Wale Olokode paraded gang of armed robbers for murder and snatching of motorcycles popularly known as Okada in Osogbo and its environs.

After snatching the motorcycle and killing of the rider, they sold it for N140,000.

“On the 19/11/2021 at about 0630hrs, two-man daredevil gang of armed robbers who specialized in robbing motorcyclists within Osogbo and its environs, dispossessed one Ojo Adeyeye ‘m’ of his Bajaj Motorcycle at Fountain University area, Osogbo and shot him dead.

Immediately the case was reported, a team from CP’s Prompt Response Unit (PRU) swung into action and tracked down the snatched motorcycle to Saki in Oyo State where the second receiver one Ajibade Faruq ‘m’ was arrested with the robbed motorcycle and claimed to have bought it from the first receiver one Akeem ‘m’ a.k.a Eye at the rate of one hundred and forty thousand naira only (N140,000) in Ibadan.