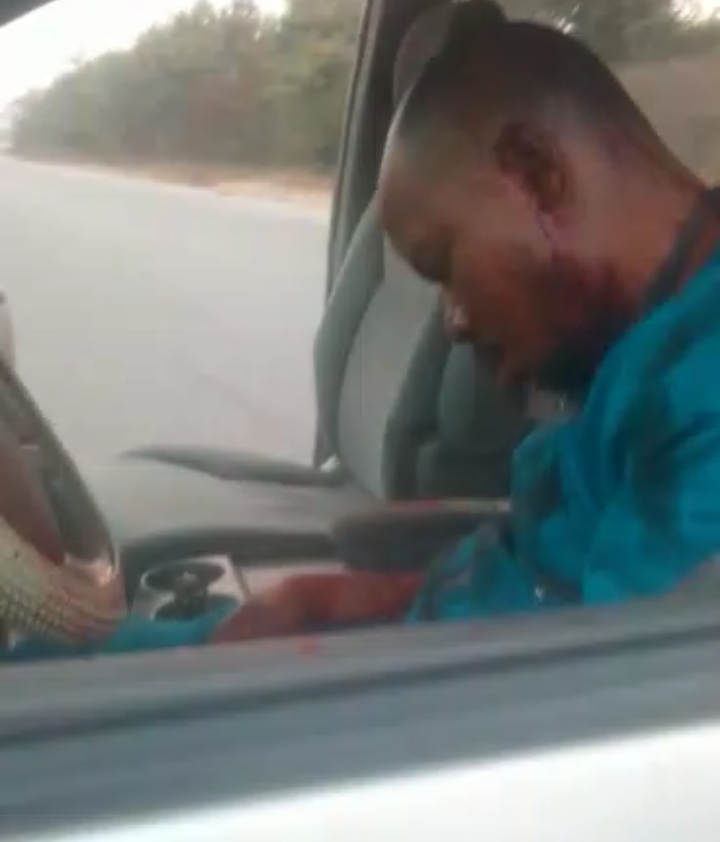 Some unknown gunmen suspected to be Fulani herdsmen struck along Lagos-Ibadan Expressway killing the driver of SUV Sienna car, shot the owner of the vehicle in the leg and kidnapped his wife.

The incident occured on Friday, January 7, 2021 few kilometers away from Ibadan at Onigari area.
If we could remember that the Yoruba Nation activist, Sunday Igboho ran into trouble with the Federal Government because of Fulani Herdsmen invasion of the Southwest. He has spent over six months in Benin Republic Prison after his residence was attacked by over 100 combined military force on July 1, 2021.

In this video the driver of the vehicle was seen dead in the pool of his own blood while the leg of the owner of the car was writhing in pains from gunshots.

The whereabouts of the woman kidnapped is not yet known as at the time of filing this report.

WATCH THE VIDEO AT VIEWER’S DISCRETION: