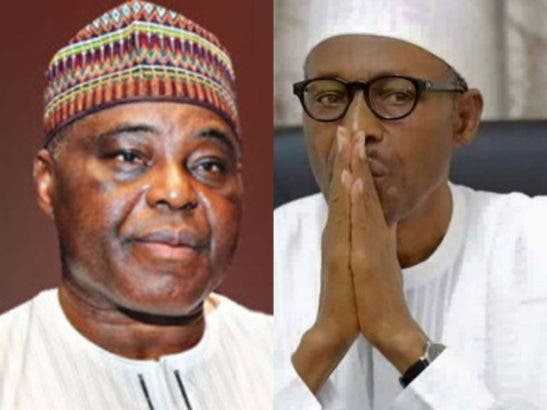 High Chief Raymond Dokpesi of DAAR has said that Nigeria has been under turmoil since President Muhammad Buhari became the President of the country.

Dokpesi made the assertion on Sunday at the PDP State Secretariat, when he led some associates of late General Musa Shehu Yar’adua’s to Katsina, to consult with some critical stakeholders in the State concerning Atiku Abubakar’s interest in running for president come 2023.

According to him, “PDP won the 2019 presidential election but the APC rigged the election so badly. We tried to prove to them that they stole the mandate of the PDP but the Supreme Court gave it to the presidential candidate of the APC, Muhammad Buhari. But since then, Nigeria has been in turmoil.

“Since that 2019, our sons and daughters in Katsina State have not known peace.

“Nobody can sleep with two eyes closed anymore.
Bandits, terrorists, different sets of people have been coming to hunt and make life impossible for all of us.”

He further said “the Northeast is worst hit by the insecurity with about 7 LGAs allegedly reported by people to be still under the command of Boko Haram. The situation is the same in Northwest where people are now paying tithes, monies to bandits in order to be able to go to their farms in this country.”