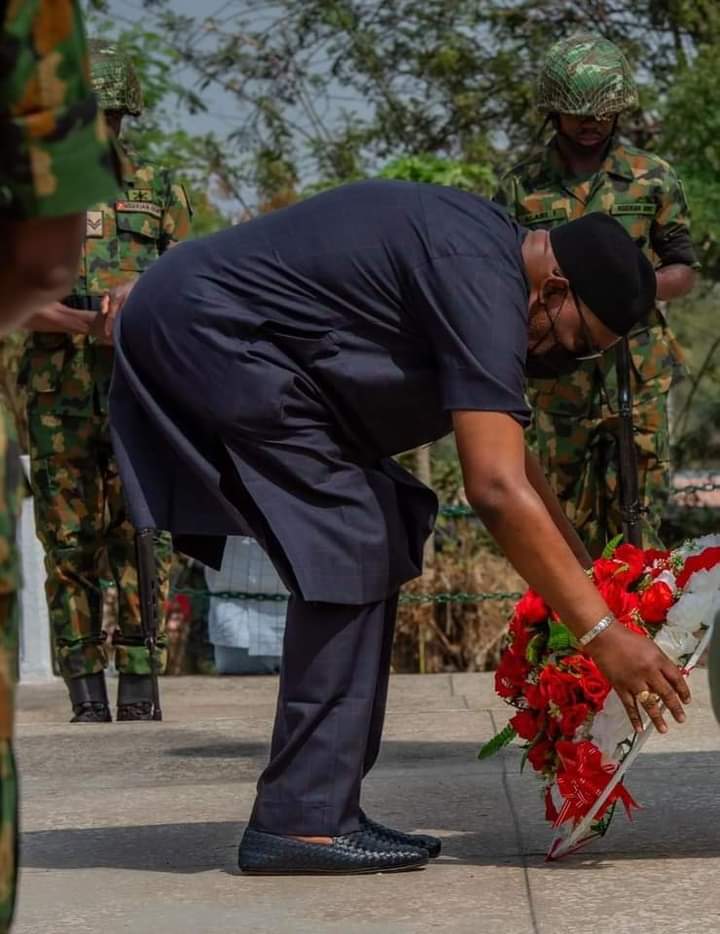 Ondo State Governor, Oluwarotimi Akeredolu, has stated that no stone would be left unturned in his commitment to protect residents of the state.

While giving the assurance on Saturday during the final Parade and laying of Wreaths in Commemoration of the 2022 Armed Forces Remembrance Day Celebration held at the Government Cenotaph, Alagbaka, Akure, Akeredolu hailed the military for its efforts in the fight against terrorists, gunmen masquerading as herdsmen, bandits and other criminals elements in the country.

The governor who also lauded both the departed and the living heroes for their patriotism, urged the people to donate generously towards the wellbeing of the legionnaires.

“We on our part, without mincing words, have come to praise them, both the departed and the living, for their patriotism. They died our deaths, they bore our injuries, and they lost their lives for humanity.

“It would amount to doing them the greatest injustice, just to praise them with words alone, but valuable, when it is backed up with our supports, financially and materially.”

He equally appreciated those in charge of the security apparatus in the State including the Amotekun Corps for their efforts at ensuring peace and order in Ondo State, adding that government recognized and acknowledged their efforts as well as saluted their gallantry and sacrifices.

During the even Akeredolu distributed microcredit revolving loans to 52 widows of the departed heroes in the state.