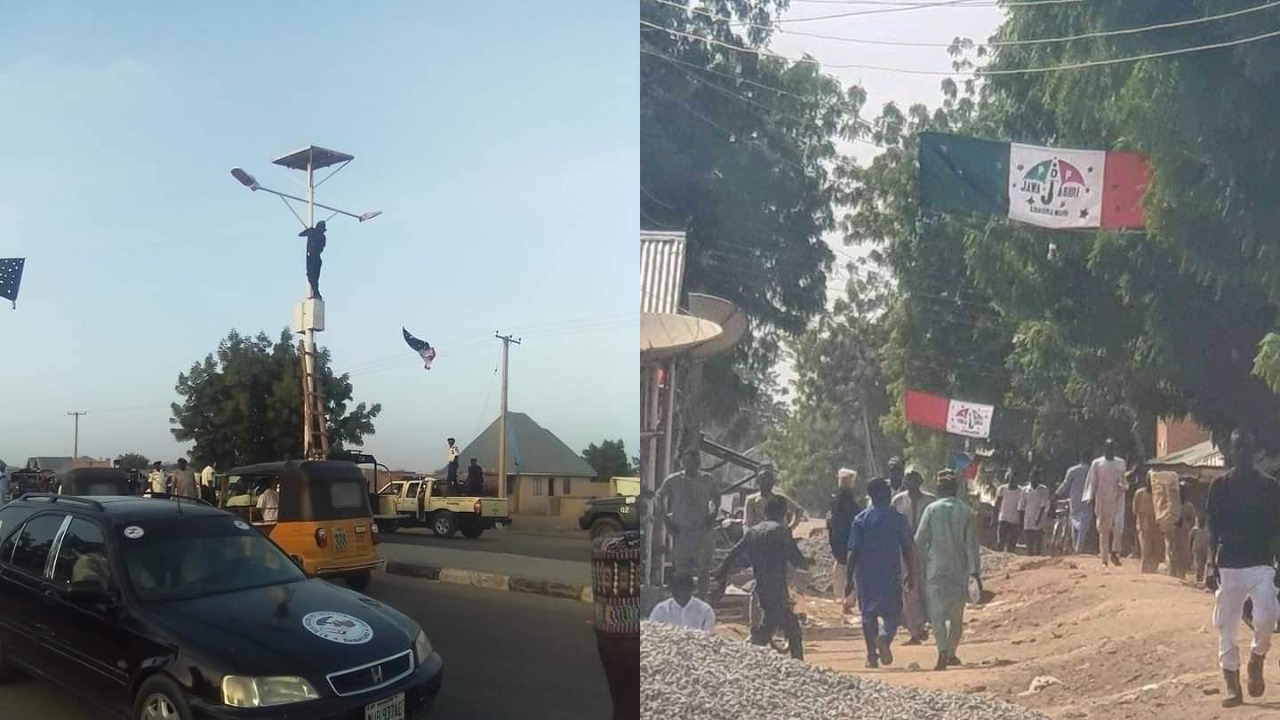 People’s Democratic Party, (PDP) has alleged that thugs belonging to the ruling All Progressives Congress in Yobe State are uprooting its flags within Damaturu metropolis.

The PDP Publicity Secretary in the state, Salihu Mohammed Baba in a statement issued on Saturday claimed members were being threatened by the political thugs.

“However, the thuggery against our members and supporters is by the GM of YOROTA who is known for barbaric acts, attached videos will serve as evidence”, Baba alleged.

The party called on relevant security agencies to call the APC to order, to guard against chaos in the state.
“We finally urge our supporters to stay calm and be law-abiding”.