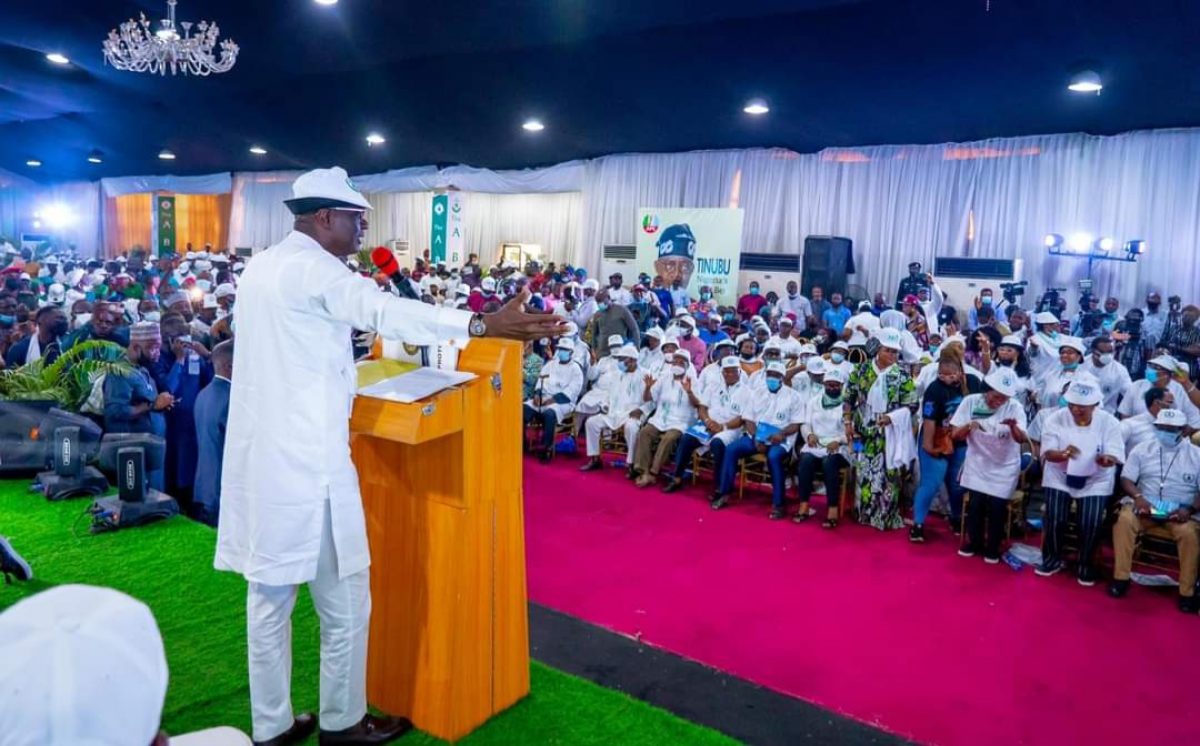 On Thursday, they attended the launch of the Asiwaju Bola Ahmed Tinubu Movement (ABAT) in Ikeja.

The organization was formed to mobilise grassroots support towards making Tinubu the next President.

Sanwo-Olu announced their unshaken support for the former Lagos Governor, declaring him “the best man to lead Nigeria from 2023”.

The governor said Tinubu’s qualification rests on his capacity in deploying “genius and statecraft to nurture a city on the brink to a flourishing economy”.

He stated that progress in Lagos remains a visible experiment initiated by the APC co-founder.

“Our country is the most populous black nation in the world and the responsibility that comes with that is enormous.

“If our country must be great, we have the responsibility to choose the leadership that will bring about true transformation across every facet of our national life.

“Our work is to tell the naysayers and those who are still in doubt that we are ready to work for the realisation of this ambition,” Sanwo-Olu said.

Sanwo-Olu said Tinubu remains the most sellable candidate and vowed that his supporters will back him with diligence, dedication and commitment.