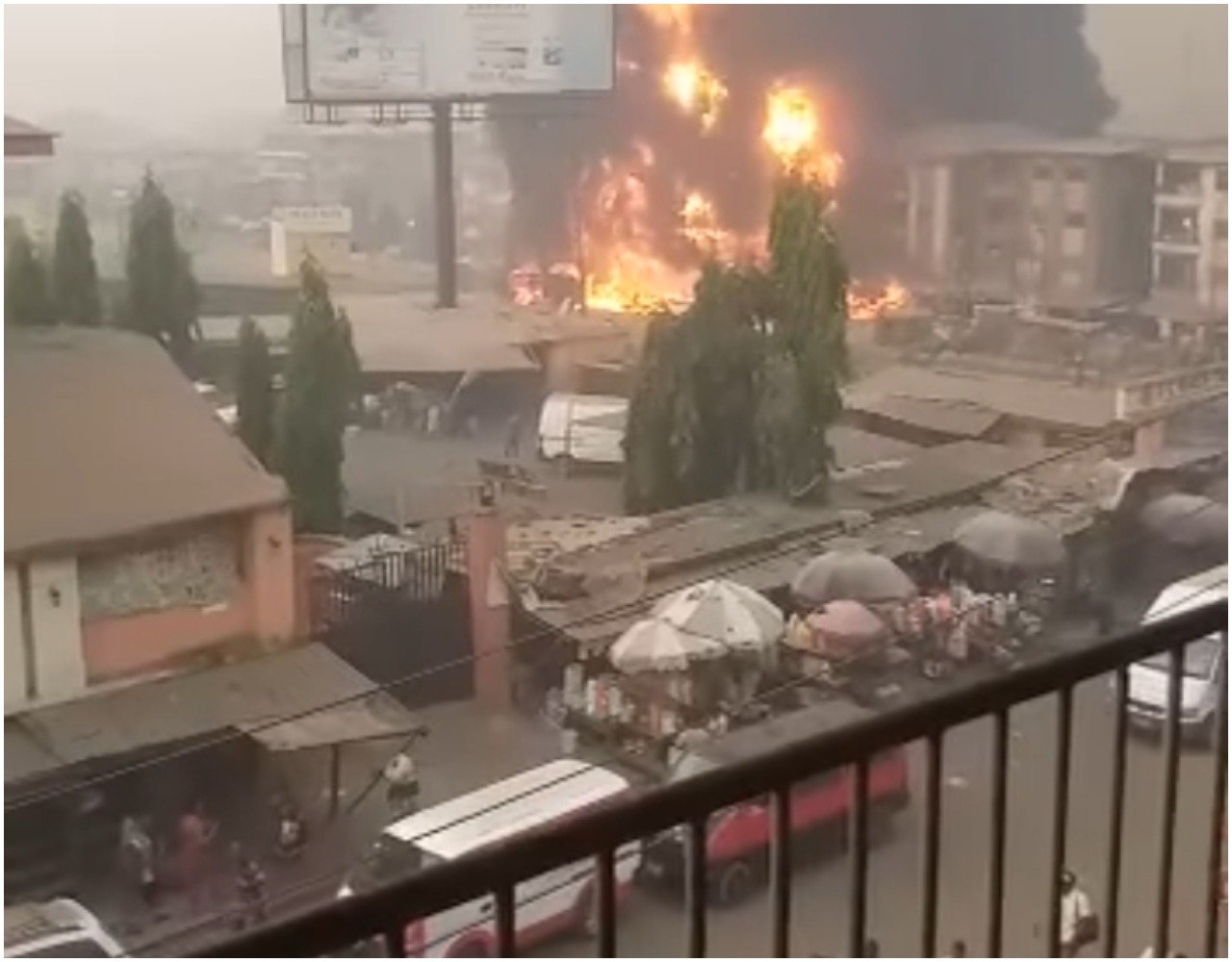 There is currently panic in Onitsha, Anambra State as firefighters battle to put out a raging fire caused by a fallen petrol tanker.

A source said that the fire started after a petrol tanker conveying fuel fell around Obodoukwu road, along the Onitsha – Owerri road in the commercial city.

As at the time of filing this report, the fire which started in the morning hours has raged for about two hours.

“We are now afraid because the fire is spreading very fast, and we fear that it may spread to the Relief market,” a source in the area said.

Meanwhile, the Chief Fire Officer in Anambra, Mr Martin Agbili who spoke to our correspondent said his men were still battling to save the situation.

“You may have to call back much later in the day if you need a true assessment. For now, our men are still battling the fire, and we can only talk about casualty figures or material losses when we are done,” he said.