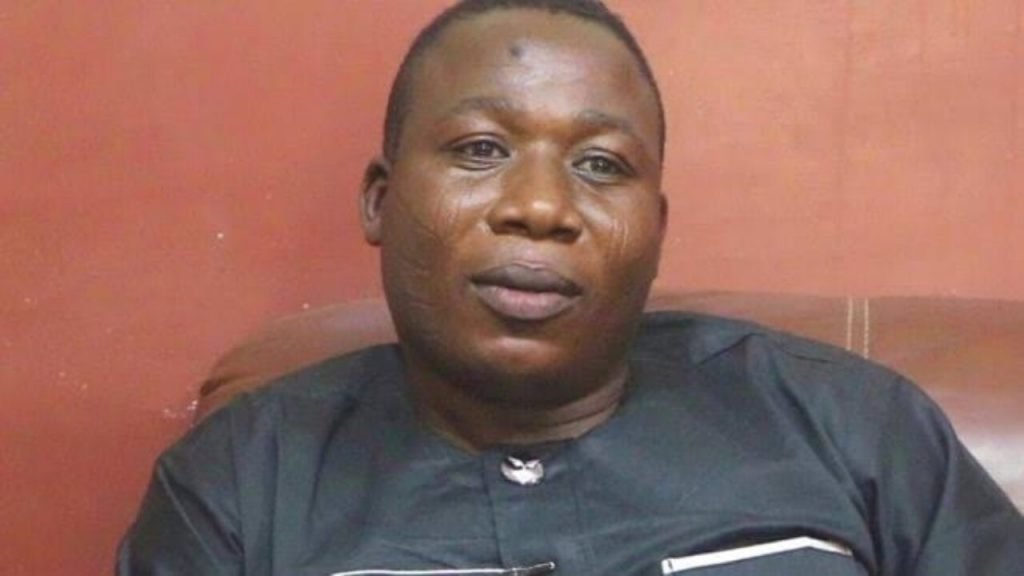 The group said whoever was behind the attack should desist because its members would not hesitate to fight Igboho’s enemies, because any attack on him would be considered to be an attack on the Yoruba people.

This was made known by the Secretary-General of Agbekoya, Dr Adegbenro Ogunlana in an interview on Sunday.

Ogunlana said, “Whoever is behind the attack on Chief Sunday Igboho’s house is an enemy of the Yoruba people. We condemn the attack and we ask the police to arrest and prosecute them.

“We will not hesitate to fight against whosoever is fighting against Chief Sunday Igboho, because he is a freedom fighter and he is fighting for the Yoruba race.”

Agbekoya had on Friday called for the release of Igboho, who has been in detention in Benin Republic since July 19, 2021, when he was arrested on his way to Germany.

The President-General of Agbekoya, Kamorudeen Okikiola, reiterated the threat issued by the group that it would use traditional means to bring Igboho out of the prison if Benin Republic refused to release him.

He said members of the group did not need to step on the soil of the country to bring the detainee out, but noted that they had decided to give Benin Republic another chance due to the intervention of some Yoruba traditional rulers and leaders, who pleaded with them to allow the law to take its course first.

Okikiola stated, “What I said in Osogbo that we would use traditional means to secure his release is still valid. We have the power to do that. They have taken him to another detention place since we said that and they have changed the guards, but that cannot stop us when we are ready.

“His mother has been sick as a result of this and do they want the woman to die? Benin Republic should not allow the Nigerian government to corrupt them; they should release him.”

Meanwhile, the counsel for the Yoruba Nation agitator, Chief Yomi Aliyyu (SAN), has exonerated Governor Seyi Makinde from the attack against Igboho’s house.

Alliyu, in a Facebook post on Sunday, urged the public to disregard social media posts linking Makinde to the attack.

He wrote, “The news going around that it was Governor Seyi Makinde that was sending hoodlums to destroy Chief Sunday Igboho’s house or kill anybody wearing Oduduwa Nation shirt and fez cap is far from the truth and should be discountenanced.

“The complaint is that as Chief Security Officer of the state, the governor should have ordered security men to quench the upheaval that has led to two deaths though yet unconfirmed within this weekend alone.

“Like I used to say in all my interviews, all the six governors of the South-West, including Seyi Makinde, are strenuously working behind the scene for the release of Chief Sunday Adeyemo aka. Igboho Oosa.

“Kindly disregard any news on social media linking Governor Seyi Makinde and/or any South-West governor to the anti-Sunday Igboho movement.”

There were reports that the attack on Igboho’s house was a spillover of the clash between some members of the Park Management System and a group known as Federal Boys.

The two groups had been fighting since Thursday and one person was killed on Friday, while others were injured.