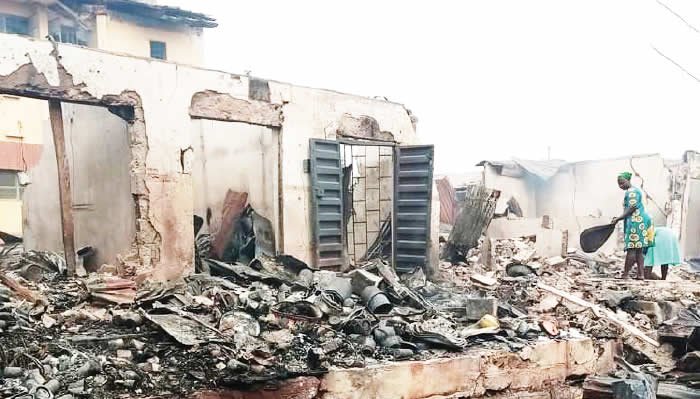 The shops were razed with goods in the building destroyed before the fire was brought under control.

Speaking on the sad incident, a spokesperson for the Osun State Fire Service, Ibrahim Adekunle, on Sunday, said no life was lost to the fire.

Adekunle, who noted that 12 shops were razed, said the agency suspected that the incident was caused by a power surge.

He said, “At exactly 2.15am on Saturday, we were notified of fire at shops attached to the Post Office in Atakunmosa Market, Ereja Square, Ilesa.

“A row of shops comprising about 12 units was affected and severely damaged by the fire.

“We, however, sprang into action and put the fire under control. We were able to prevent further spread within 30 minutes of our arrival. We didn’t record any casualty.”

Meanwhile, the Osun State Government on Sunday sympathised with traders who lost valuables to the inferno.