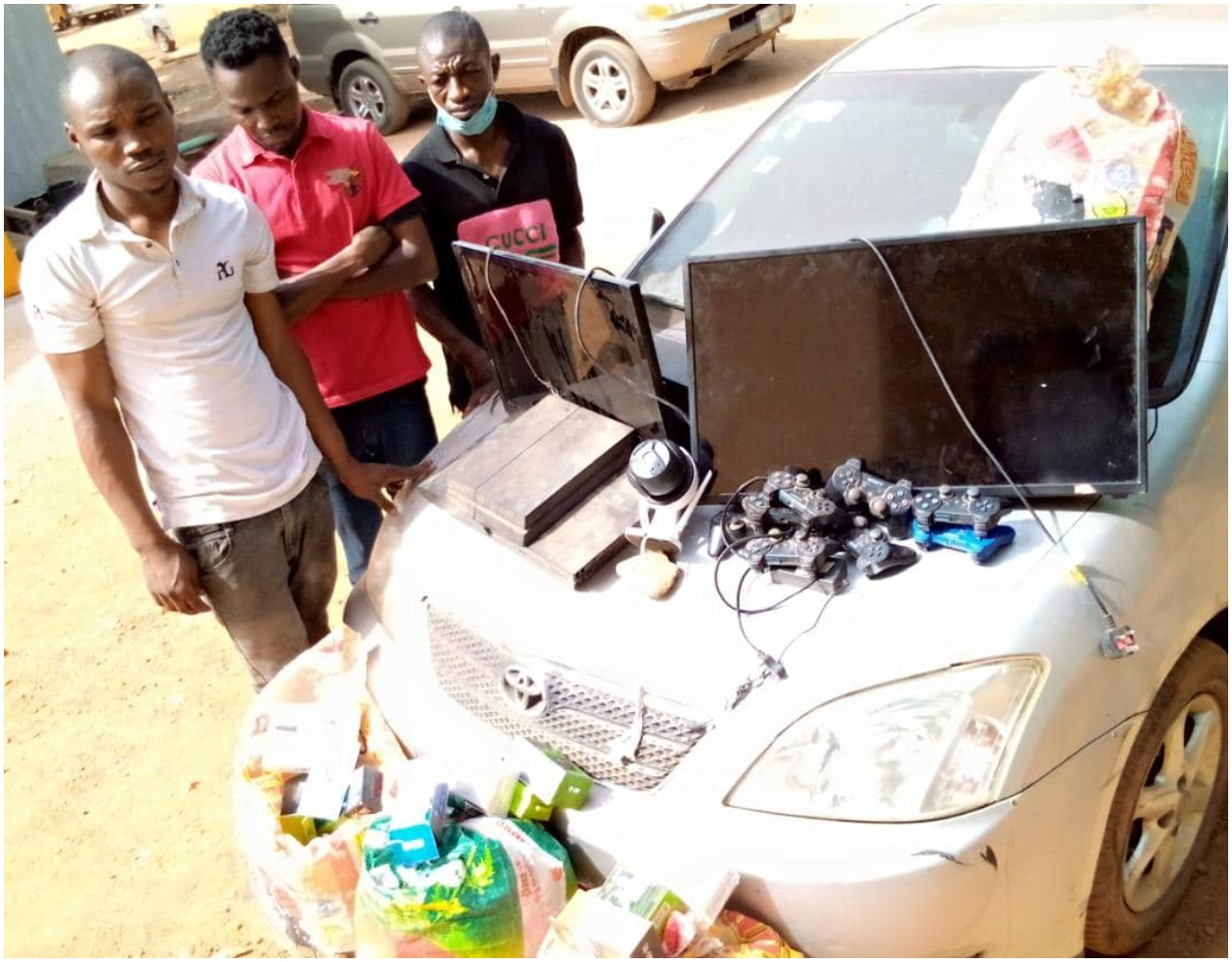 A 41-year-old man, AbdulKadir Bolaji, who goes about parading himself as a soldier and two other suspects have been arrested by the Kwara State command of the Nigeria Security and Civil Defence Corps, for burglary incidents recorded in Lakele community, Oro town, in Irepodun Local Government Area of the State.

One of the two other suspects arrested alongside AbdulKadir, is Olalekan Adeniyi, 32, who reportedly runs a shop where stolen items are allegedly displayed and sold to unsuspected buyers as second hand or Tokunbo.

The third suspect, described as their accomplice, Dare Ajiboye, 31, who claimed to be a ‘deejay’, also works as a sales boy at Olalekan’s shop.

A statement in Ilorin on Friday by the spokesman of the NSCDC in Kwara State, Babawale Zaid Afolabi, disclosed that the three suspects and others now at large were responsible for numerous cases of burglary and theft that have become rampant in Lakele area, Oro town.

He said “For the past few months, there have been reported cases of burglary and theft in Lakele area, Oro, in Irepodun Local Government Area of the State. The community, in collaboration with the NSCDC officers in the area, decided to track down those behind the nefarious acts.”

The spokesman stated further that efforts of the community and the NSCDC paid off recently when some of the suspected stolen items were found at a shop in that community and further investigations revealed that stolen items from burglary and house breaking were allegedly being sold at the shop.

The State Commandant of the NSCDC, Makinde Iskil Ayinla, has ordered a manhunt for other members of the gang, while further investigations continue.