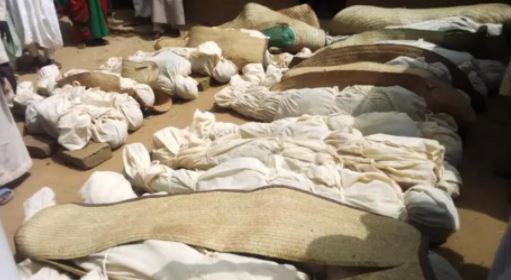 The bandits also attacked some surrounding villages, looted shops, and carted away from some valuables.

About 20 lives have been lost as bandits invaded Ganar-Kiyawa village of Adabka District, Bukkuyum Local Government Area of Zamfara State.

Among those killed is the village head. Channels Television reported that the attack occurred on Sunday morning, March 20, at about 8:30 am. The bandits also attacked some surrounding villages, looted shops, and carted away from some valuables.

A source from the area who pleaded anonymity said that communities under Adabka ward have been witnessing a series of attacks and abductions from the bandits.

“Today’s (Sunday) attack was a major one; they have been coming almost on daily basis to abduct people, major women, and children”

The source also revealed that residents of Ganar Kiyawa have been sleeping in the bush for the fear of being attacked by the bandits in their homes, adding that the military was only stationed at Adabka and Gwashi town, leaving other villages vulnerable to bandits’ attack.