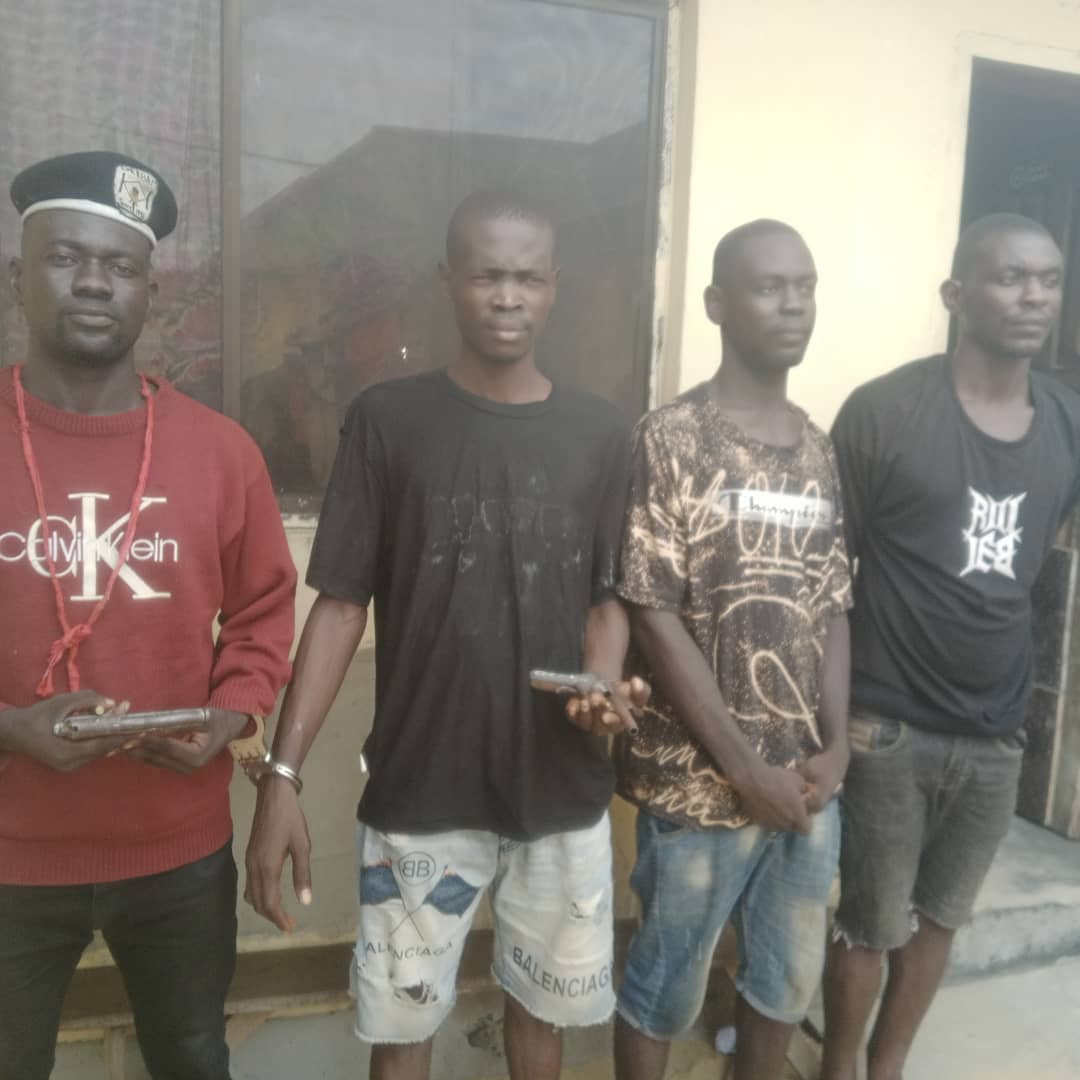 Operatives of the Bayelsa State have arrested four suspected members of a robbery gang at their hideout in the Amarata area of Yenagoa, the state capital.

The state police spokesperson, SP Asinim Butswat, who disclosed this in a statement on said the suspects were arrested on Tuesday, 22nd March, at about 6:30.

Butswat said, “The operatives carried out a sting operation at the hideout of the gang at Amarata community, Yenagoa, on March 22, 2022, around 6.30am.

“During a search of their hideout, police operatives recovered a Makarov pistol, .9mm ammunition, a locally-made pistol, cartridges, and a black beret with the inscription ‘Deebam 1991’.

“The suspects have confessed to membership of the Bobos cult and are cooperating with the police in their investigation.”