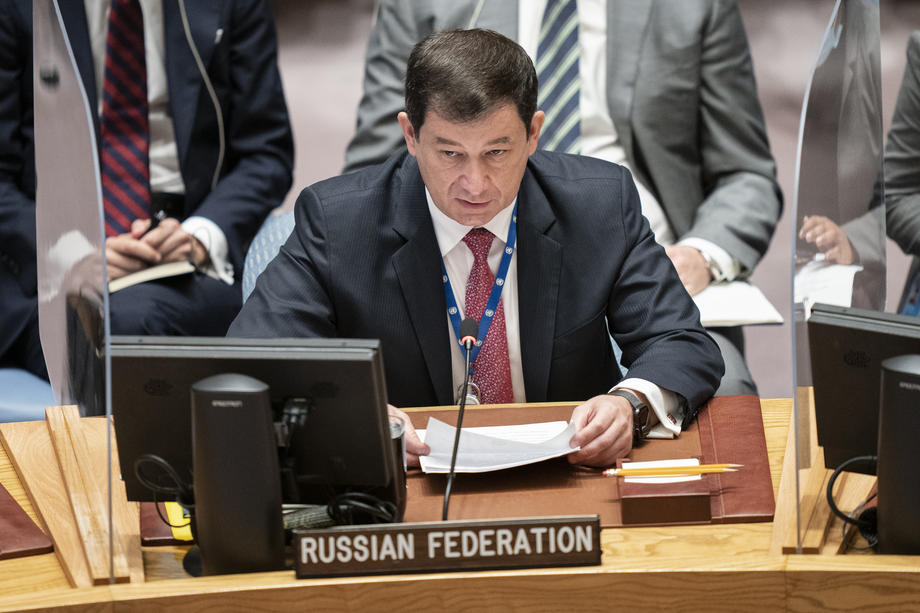 The Russian deputy ambassador to the UN, Dmitry Polyanskiy, has sent out a chilling warning after he declared that Moscow has the right to utilize its nuclear weapons if it is ‘provoked’ by NATO.

Dmitry Polyanskiy, made the statement following Vladimir Putin’s spokesman’s refusal to rule out nuking Ukraine in the face of an ‘existential threat’.

Asked if Putin was right to hold the prospect of nuclear war over the rest of the world, Mr Polyanskiy told Sky News:

‘So when you’re dealing with a nuclear power, of course, you have to calculate all the possible outcomes of your behaviour.’

Polyanskiy spoke from inside Russia’s mission to the UN in New York, where pictures of President Putin adorn the walls.

He dismissed the formal declaration by the US government that members of the Russian armed forces are guilty of war crimes in Ukraine.

Between sips of lemon tea he suggested footage showing Ukraine’s cities reduced to rubble due to Russian bombing could be fake. He also claimed that Ukraine is attacking its own buildings and civilians.

‘You believe one thing, I believe another thing’