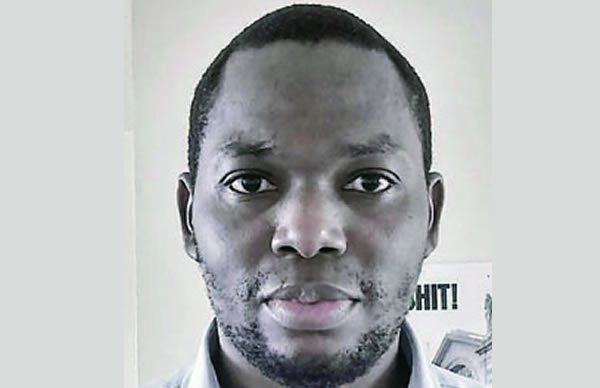 Adeyinka Grandson  from west London who was convicted of inciting racial hatred for posting messages on social media encouraging violence in Nigeria has been jailed.

The Met’s Counter Terrorism Command launched an investigation in March 2019 as a direct result of members of the public raising concerns to police about online social media posts which contained comments aimed at particular ethnic groups based in Nigeria.

The posts were created by accounts under the name “Adeyinka Grandson” and were reported to police via the online reporting tool www.gov.uk/ACT

This material was assessed by specialist officers within the Met’s Counter Terrorism Internet Referral Unit (CTIRU). After assessing the posts, which contained commentary encouraging attacks against certain ethnic groups in Nigeria, officers determined these posts were potentially in breach of UK legislation and a formal investigation was launched.

The activity was all found to be linked to Adeyinka Shoyemi.

Shoyemi, 45 (12.04.76) of Powis Terrace, W11 was sentenced to four-and-a-half years’ imprisonment on Thursday, 31 March. He was found guilty on 30 November 2021 of eight counts of inciting racial hatred after a trial at Southwark Crown Court.

Commander Richard Smith, head of the Met’s Counter Terrorism Command, said: “Our Counter Terrorism Internet Referral Unit – the first of its kind to be established anywhere in the world – was instrumental in identifying Shoyemi and his activity.

“Over the last ten years, the CTIRU has been at the forefront of getting harmful content removed from the internet, and detecting and investigating potential terrorist-related activity online.

“We continue to need the help and support of the public and I would encourage anyone who comes across material or posts that could be related to terrorism or violent extremist activity to report it to us, so that our specialist officers can take action where necessary.”

Shoyemi was first arrested in August 2019 at his home address. Officers searched his address, along with two others in London that he was associated with, and recovered various digital devices.

Shoyemi was released on bail while detectives carried out further enquiries and analysed the devices seized. He was charged in May 2020 with six counts of inciting racial hatred.

After being charged, he was released on bail with conditions not to make any comments or posts on social media which were threatening, abusive or insulting, to any ethnic groups. However, in October 2020, he was rearrested by officers after he made further offending social media posts whilst on bail. Two further charges were added as a result.

+ Extreme online content can be reported online and anonymously via https://www.gov.uk/report-terrorism

It can also be reported via the iREPORTit app.

The CTIRU, part of the Counter Terrorism Policing network, has national responsibility for the investigation of terrorist content online and works to have this material removed from hosting platforms.