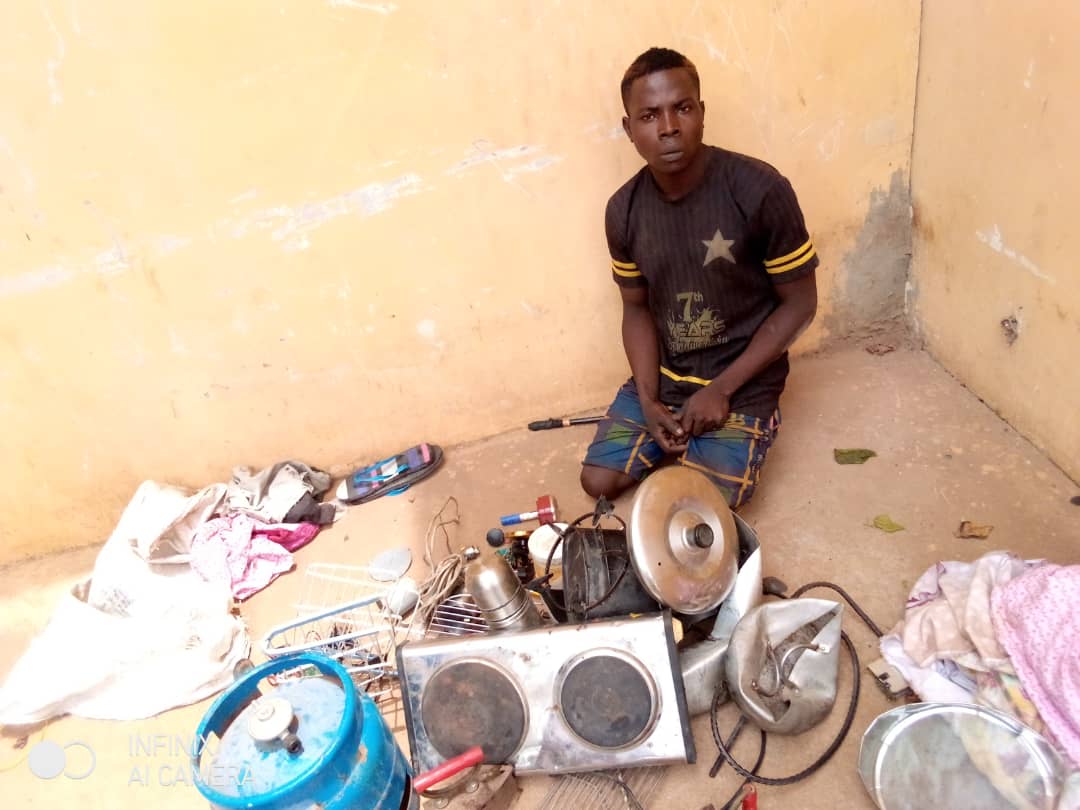 A scavenger, Akilu Lawali, has been detained by the Nigeria Security and Civil Defence Corps, NSCDC, Kwara State Command, for allegedly stealing kitchen utensils in the process of scavenging in Ilorin.

Some members of Ayekale Community, Ogidi Area, in Ilorin metropolis took the suspect to NSCDC headquarters, Ilorin following his arrest, spokesman of the NSCDC command, Babawale Zaid Afolabi disclosed in a statement in Ilorin on Wednesday.

He said on April 4,2022, around 7 p.m, five men from Ayekale Community took Lawali to the Investigation Unit of the Command, for being in possession of kitchen utensils, suspected to have been stolen.

He said that the suspect confessed to having bought the items from some people at a cheap price.

“The State Commandant, Makinde Ayinla, has ordered that investigation should be conducted and the suspect should be prosecuted accordingly,” he said.

The suspect stated that he had been scavenging for some years, adding that he is married and blessed with three kids.

Lawali also explained that he hails from Tsafe Local Government Area of Zamfara state and had been in Ilorin for the past three months, scavenging.

He said some unknown men saw him scavenging around Ogidi Area and forcefully sold the kitchen utensils to him.

“They asked if I was interested in buying kitchen utensils and I said yes, but when they requested N10, 000, I told them that I am no longer interested.

“They beat me and collected all the N7, 000 in my pocket and left, leaving behind the kitchen utensils.

“On my way home, I met a man driving by and stopped to ask me what I was carrying, in the process of explaining to him, four other men came around and they decided to take me to Civil Defence Office,” the suspect claimed.