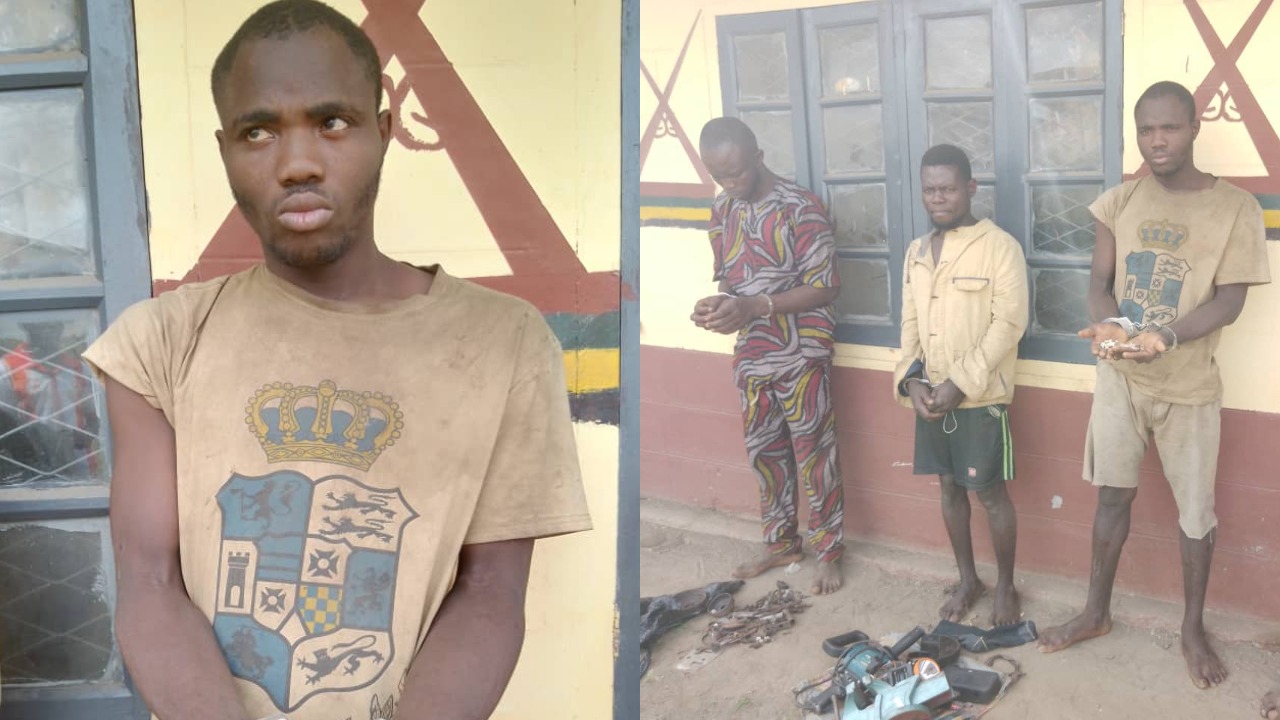 Parading Odusanya among other suspects in Osogbo on Wednesday, the Field Commander, Osun Amotekun Corps, Amitolu Shittu disclosed that the suspect, who is a ritualist, was arrested for exhuming and extracting tooth from dead bodies at a burial ground at Ilesa, with the intention of using it for money ritual purposes.

Shittu also revealed that the suspect confessed that he started his quest for money ritual in 2016, but it failed twice after extracting teeth from two different bodies in Sagamu, Ogun State.

“12 teeth believed to have been extracted from corpses he exhumed for a money ritual were found in the suspect’s possession.

“Two finger bones were also recovered from him,” he said.