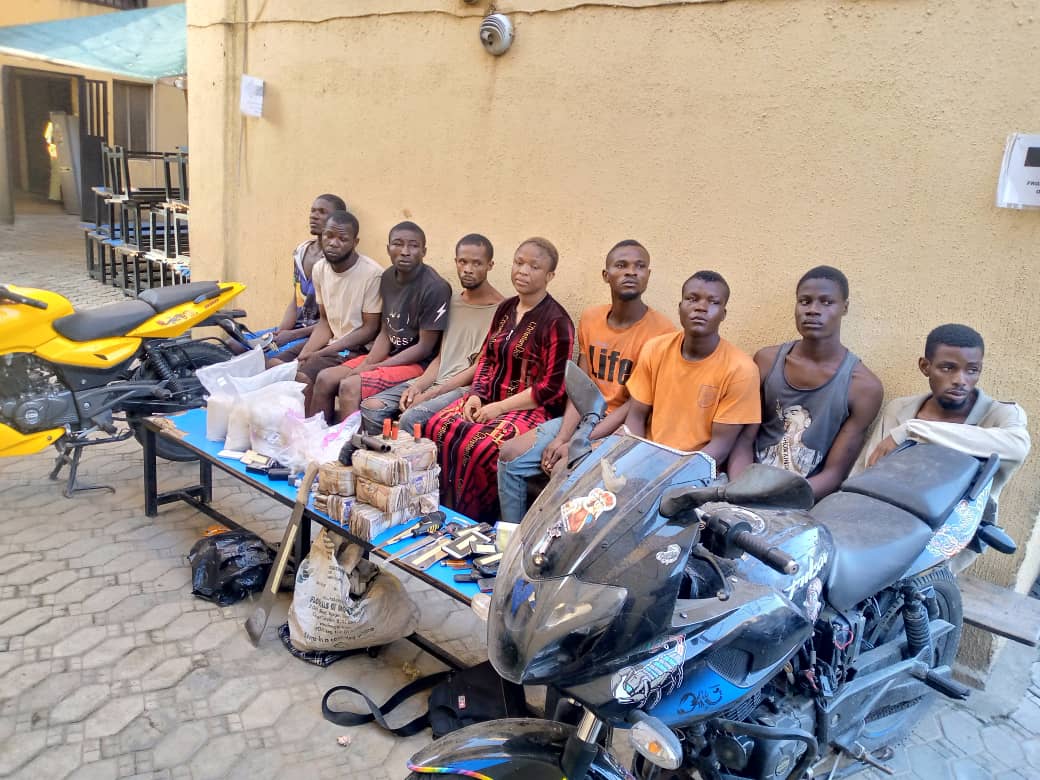 In a statement by SP Benjamin Hundeyin, Police Public Relations Officer, Lagos State Command, Ikeja-Lagos, he said the arrest which was made on April 22, 2022, led to the recovery of a silver-coloured Toyota Sienna bus with Reg No. LSR 509 HB, a locally-made double barrel pistol and four live cartridges at Mojirade Street, Shibiri, Lagos.

According to him, the prompt arrest of the suspects followed a tip-off from Lagosians to the Divisional Police Officer of Ilemba Hausa Division who led his men to the criminal hideout where seven members of the gang were arrested while others fled.

According to him, items recovered in the Sienna bus include one locally-made double barrel pistol, four live cartridges, one machete, one knife, and two screwdrivers.

Others are; 12 mobile phones, one access bank ATM card with the name Newton Newman, some substances suspected to be Indian Hemp and one dead snail.

He said the suspects are also being investigated for the murder of one Sgt. Edison Fulman attached to Zone 2 Headquarters, Onikan, Lagos on April 14, 2022.

He said the Commissioner of Police, CP Abiodun Alabi, has directed that the suspects and exhibits be transferred to the Command Headquarters for further investigation and arrest of other members of the gang.