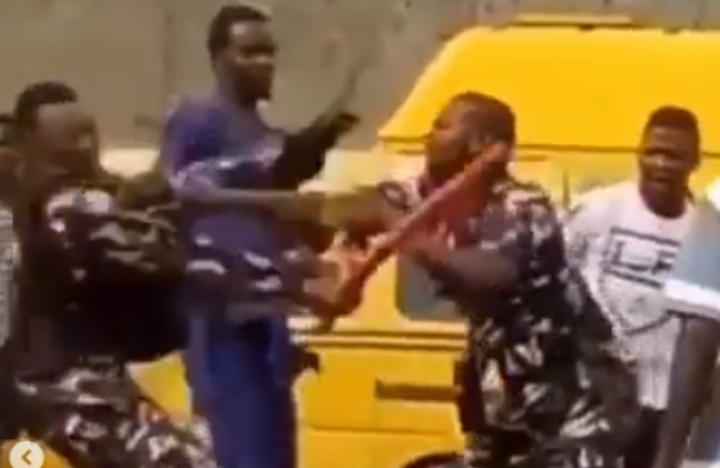 A video which has gone viral show moment some police officers were caught on camera fighting each other at Oshodi, Lagos state.

Conforming the incident, the state police spokesperson, SP Benjamin Hundeyin said one the erring officers has been arrested and is currently in detention.