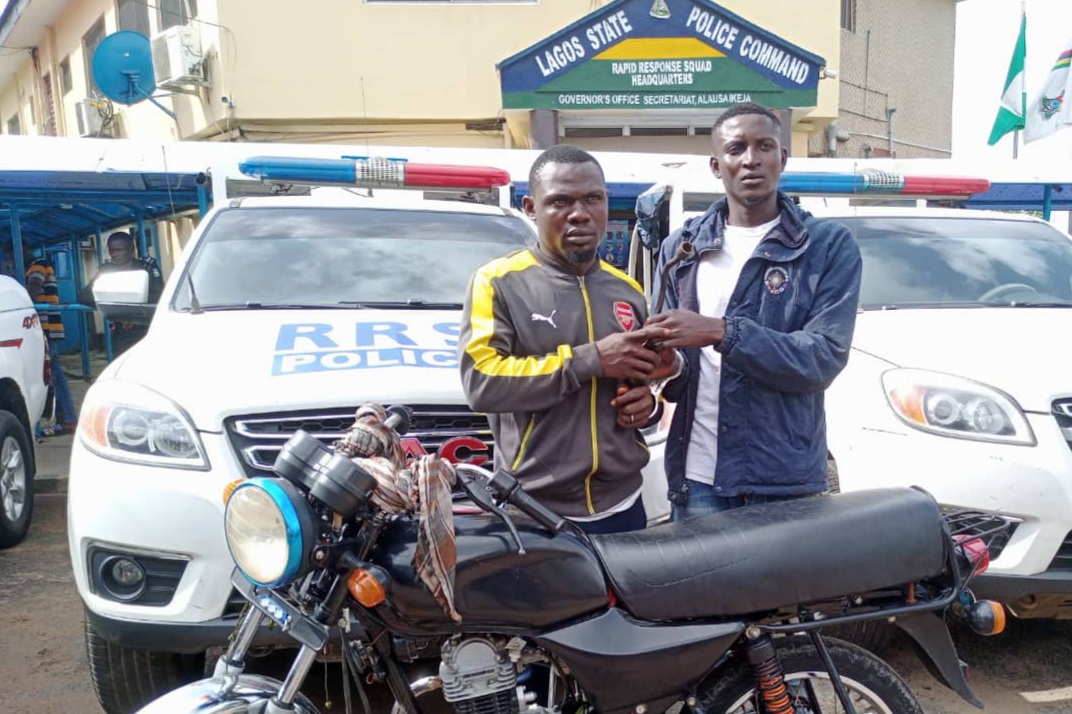 The suspects are Ayo Taiwo (25) and Jude Prince Ovat (21). Their accomplice, Chibuike Daniel, is at large.

A statement on Tuesday by Police spokesman, Benjamin Hundeyin said they were nabbed Sunday night

Ovat and Daniel had stopped a rider and asked him to take them from Obalande to Parkview Estate, Ikoyi, where Taiwo was waiting.

On arrival, Daniel hit the victim on the head with a wheel spanner and dispossessed him of his motorcycle.

Passersby raised the alarm which drew the attention of RRS officers on a routine patrol of the area.

The suspects confessed to have stolen several motorcycles in a similar manner and disclosed they sold each for N150,000.

Commissioner of Police, Abiodun Alabi has directed RRS Commander, Olayinka Egbeyemi to transfer them to the CP’s Special Squad for further investigation.

The statement added that operatives are on the trail of the fleeing gang member, Daniel.