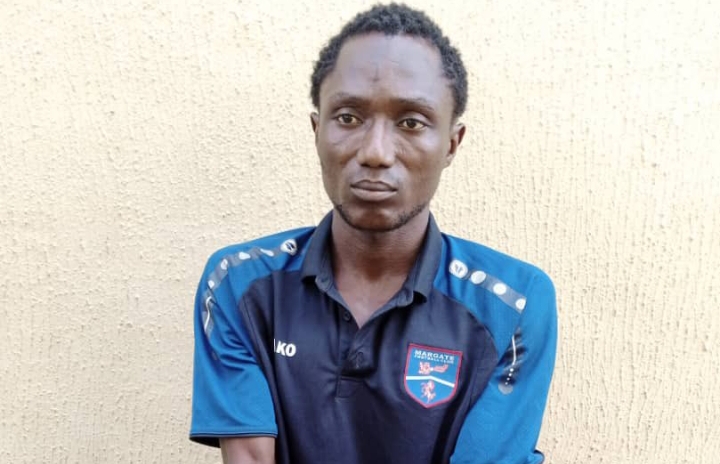 Officers of the Safer Highways unit of the Lagos State Police Command have arrested one Bamidele Taiwo ‘m’ aged 30 for illegal possession of firearm.

The suspect was arrested during a routine stop-and-search at an entry point between Lagos and Ogun states in the Alagbado area of Lagos State.

Two other suspects who were with Bamidele on the same motorcycle took to their heels immediately the police discovered the Chinese-made pistol in their bag.

While efforts are on to arrest the fleeing suspects, Bamidele and the exhibit have been transferred to the State Headquarters for further investigations, Benjamin Hundeyin, Police Public Relations Officer, Lagos State Command said.