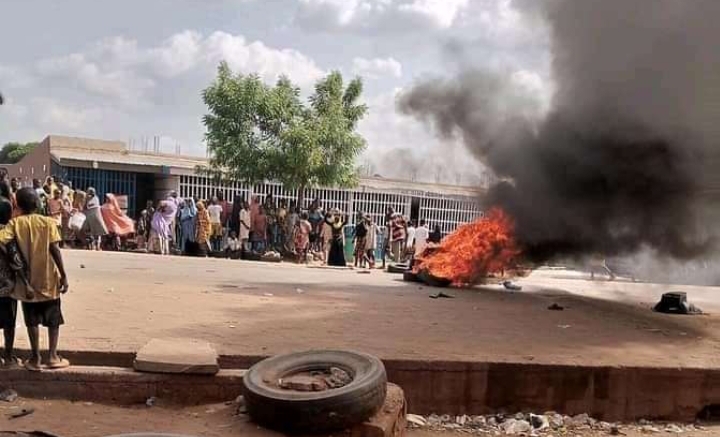 Protest broke out in Mokwa Local Government Area in Niger State at around 10am to 5pm causing heavy traffic.

It was gathered that the protesters barricaded the road, preventing vehicular movement even when the police and soldiers intervened.

The protest was as a result of the shooting of some children numbering up to ten by the Ndalile of Mokwa at his palace this morning, May 11.

A source revealed that some aggrieved members of the community stormed the Palace of Ndalile, the head of Mokwa, Lile Shaba Aliyu to destroy it over land tussle.

The source stated that on sighting the community members, Ndalile started shooting sporadically. He shot no fewer than 10 children and some adults.

As at the time of filing this report, the victims of the gun fire were taken to the hospital to have the bullets removed from their bodies. But fortunately, no life was lost.

However, residents of the area took to the streets to protest. about two cars were burnt by the protesters, the source added.