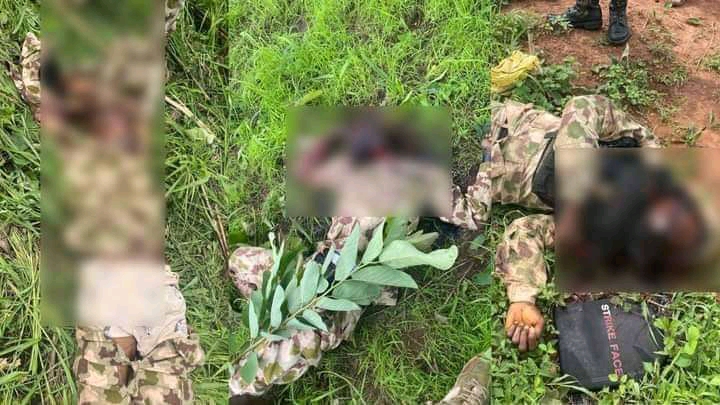 Atleast six soldiers and two bandits killed during a gunbattle in an attack in the Northeast of Taraba state on Tuesday.

It was gathered that the gun men trucked Tati village in Takum Local Government Area in Taraba state in an attempt to wrecked havoc.

An Intelligence Officer said a Counter insurgency Expert and Security Analyst in the Lake Chad that the troops of 93 Battallion swiftly responded to an attack and engaged the bandit in a gunbattle that lasted for two hours.

The sources said that the bandits later outnumbered the troops, killing six soldiers.

He said “We lost six soldiers during the attack. May their souls rest in peace,” the sources said.

The sources added also that the Commanding Officer, a Colonel, who led the troops to the battle was missing in action.

The sources further said that the troops at Donga while on block force at Ananum village, nutrialised 2 fleeing Bandits while others fled with bullet wounds.