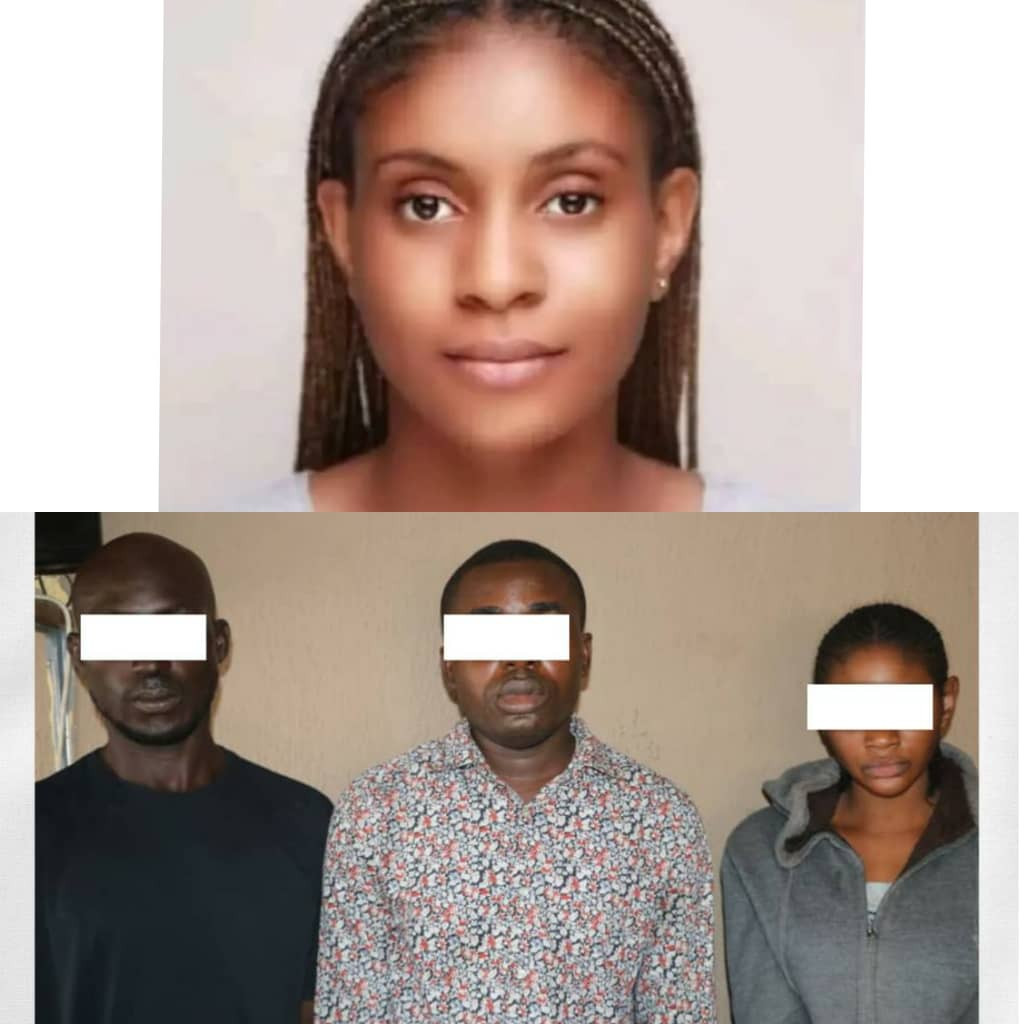 The Federal Capital Territory (FCT) Police Command has arrested 3 suspects in connection with the criminal conspiracy and the gruesome murder of one Terungwa Stephenie, a 26 years old Corper of City homes estate Lokogoma.

Stephanie was declared missing after leaving home for her Community Development Service (CDS) in April. She was later found dead two weeks after she disappeared with her body mutilated in the Lokogoma area.

A statement released by DSP Josephine Adeh, spokesperson of the state police command, says the arrest of the suspects was made following the deployment of Tactical and Intelligence assets at the Command’s disposal, attached to the Homicide department of the State Criminal Investigations Department (SCID).

”The suspected trio namely; Jenifer Tsembe a 26 years old female, Monday Simon (a.k.a Black) a 36 years old male, and Solomon Abu a male of about 35 years of age, all residents of Oguta lake Maitama area of the FCT voluntarily stated their involvement in the perpetration of the dastardly act. The investigation is ongoing to unravel other groundbreaking facts, while effort has been doubled to apprehend the fleeing suspect(s).” she stated

The spokesperson added that the suspects will be charged to court upon the conclusion of the investigation.

The Commissioner of Police FCT Command CP Babaji Sunday psc while applauding the gallantry and result yielding effort of the investigating team, enjoined the good people of the Territory not to relent in cooperating with the Police, especially as touching the rendition of prompt and actionable intelligence. He further stated that the Police will not rest on its ores until unscrupulous elements are being fished off their hideouts and flushed out of the territory as a whole.