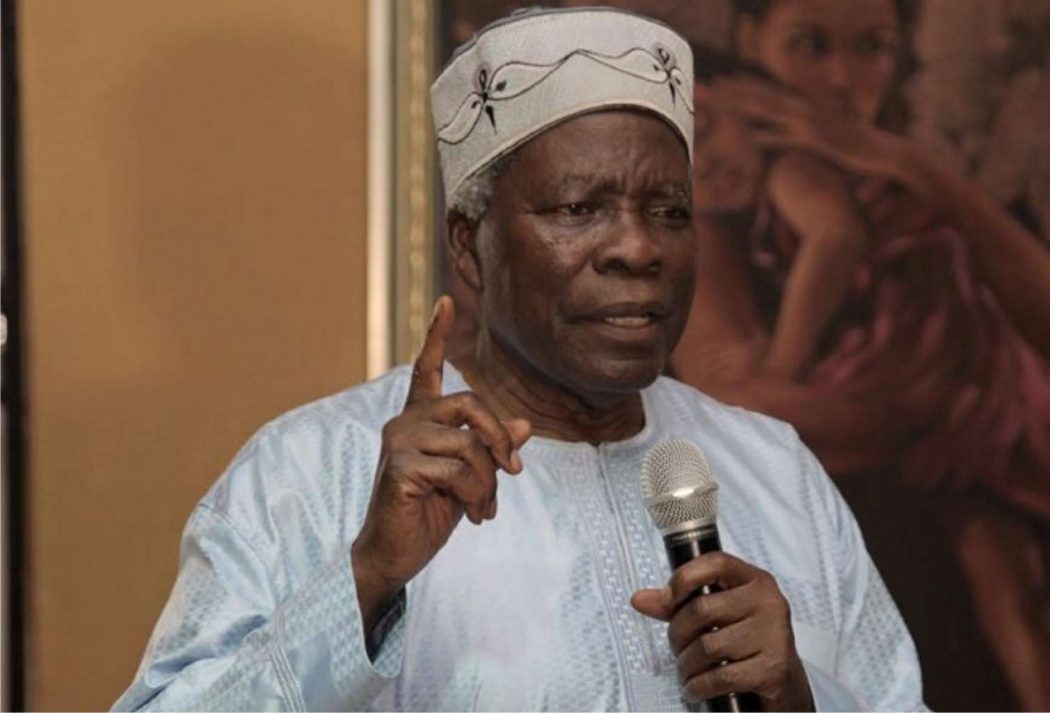 Prof Banji Akintoye, leader of Ilana Omo Oodua (IOO) Worldwide, has vowed to continue with the agitation for Yoruba Nation.

In a statement on Friday, the elder statesman said the suggestion that he is naive enough to yield to money or give up “is both an insult and a grotesque fabrication”.

Akintoye declared that he has no reason to consider abandoning the organization he founded towards achieving Yoruba self-determination.

The historian insists the struggle to liberate the Yoruba Nation from “poor governance, awful insecurity, disastrously mismanaged economy of Nigeria” will continue.

“The Fulani cabal managing the Federal Government know me very well, and know that I absolutely cannot be bought or bullied by them.

“They know that in my much younger years as a prominent youth in the political family of our father, Chief Obafemi Awolowo, they could not buy or bully me,” he said.

Akintoye, who fought for the release of Sunday Adeyemo a.k.a. Igboho, said he’s still “the brave and uncompromising fighter for truth and integrity that my God made me to be”.

The octogenarian believes the South-West will soon “free ourselves from the death and decay that Nigeria has become”.

The statement told the public to note that self-determination organizations have been operating with peaceful and law abiding means.

“For us of Ilana and other true Yoruba patriots, there is no going back in this struggle. Our enemies of all kinds are already smelling defeat”, it added.