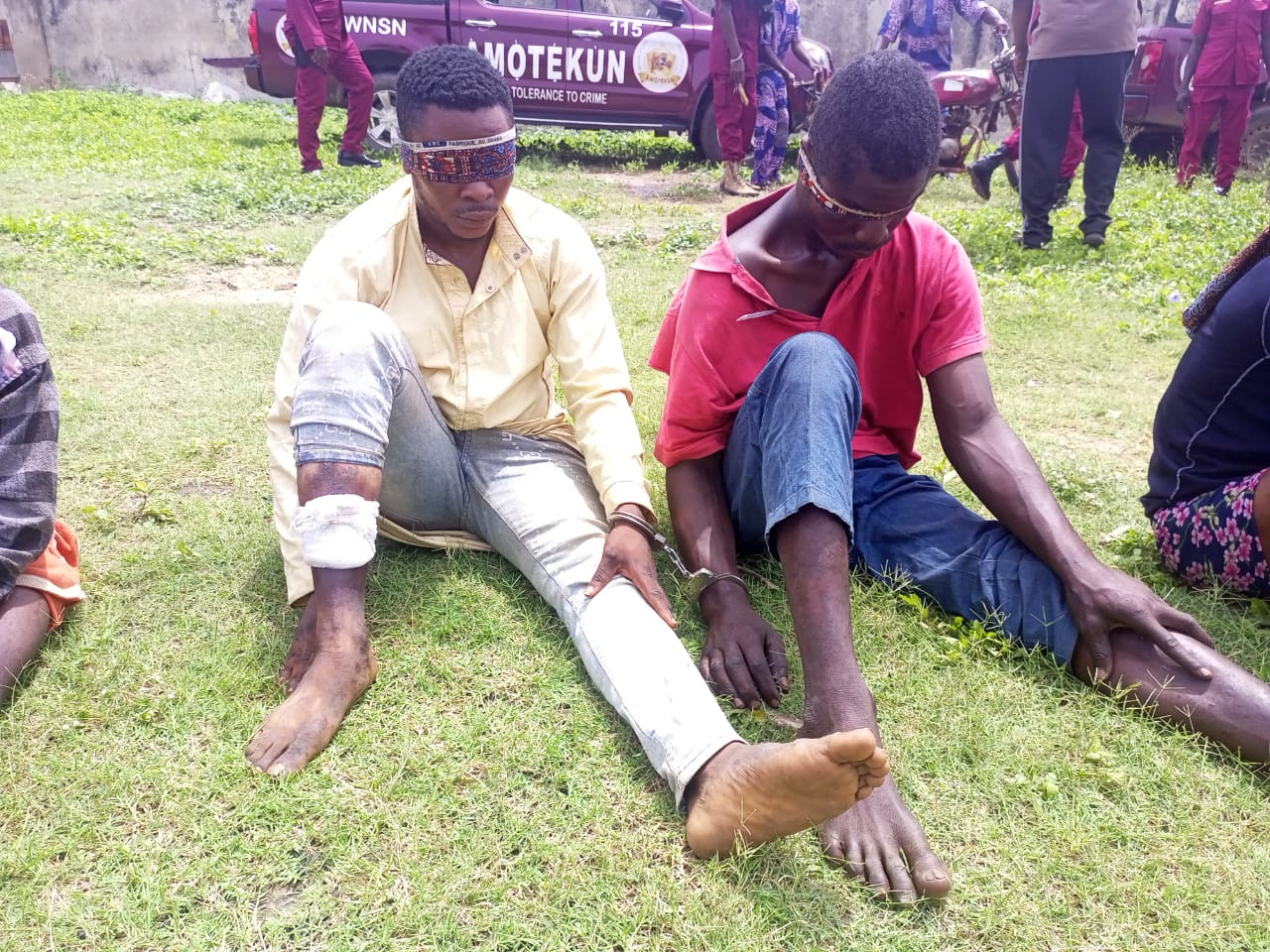 The duo who claimed to be cocoa and cashew nuts sellers, afterwards confirmed that they were members of Alora Fraternities.

According to Field Commandant of Amotekun in the state, Comrade Amitolu Shittu, the case was reported on May 14, at Iwo Local Command, and men of the operatives swung into action to bring the suspect out which was achieved without much ado.

Amitolu said, “Olamilekan Elijah is from Ola-Ejigbo while Adegoroye Afeez is from Oba’s compound Bodeosi. The victim, an apprentice at Iwo living at Oke Bode Area of the community was lured to the house of one of the suspects, Adegoroye Afeez. The 17-year-old girl was raped by the two suspects and filmed, the suspects threatened the victim that the video recorded will be released on social media if she should inform anybody of what transpired.

“Her phone was seized and taken to the Police at Iwo by the suspect (reason for this not known yet).

“Our investigations revealed to us that the two suspects are members of the Buccaneers confraternity otherwise known as the Alora, in the claims of the suspect they said they only want to be FINE with the girl.”

Amitolu afterwards appreciated the Gboyega Oyetola-led administration, agencies and the good people of the state who have been giving them a working opportunity and giving them good information that help the Operatives in dispensation of duties.

Narrating the incident, Afeez said “I’m a cocoa seller from Iwo. I am married and have a child. I have known the victim since last year and we have since been in a relationship. I raped her because she would not give consent to my sexual demand on that fateful day.

“That was our first time in such an act. My friend and I were in the house, but he didn’t participate in the act.”

He denied the knowledge of knowing she was in her menstrual period.

Furthermore, Olamilekan said “I am also a cocoa seller and married with a child. I did not partake in the act.

“She is the girlfriend of Brother Afeez. We both rented the room. When she came, I was outside to put the generator set on.

“I later came into the room and met them discussing. Soon, an argument ensued between the two as to sexual advances.

“In this time I was only making a video of myself. The girl hit my phone on the ground during the struggle and I held her hands. This was the time Brother Afeez penetrated her.

“I did not partake in it, but I did record the act on my phone. I merely recorded her to teach her a lesson.”

The two admitted to be members of Alora confraternities. They said they joined the group at Igbajo Polytechnic.