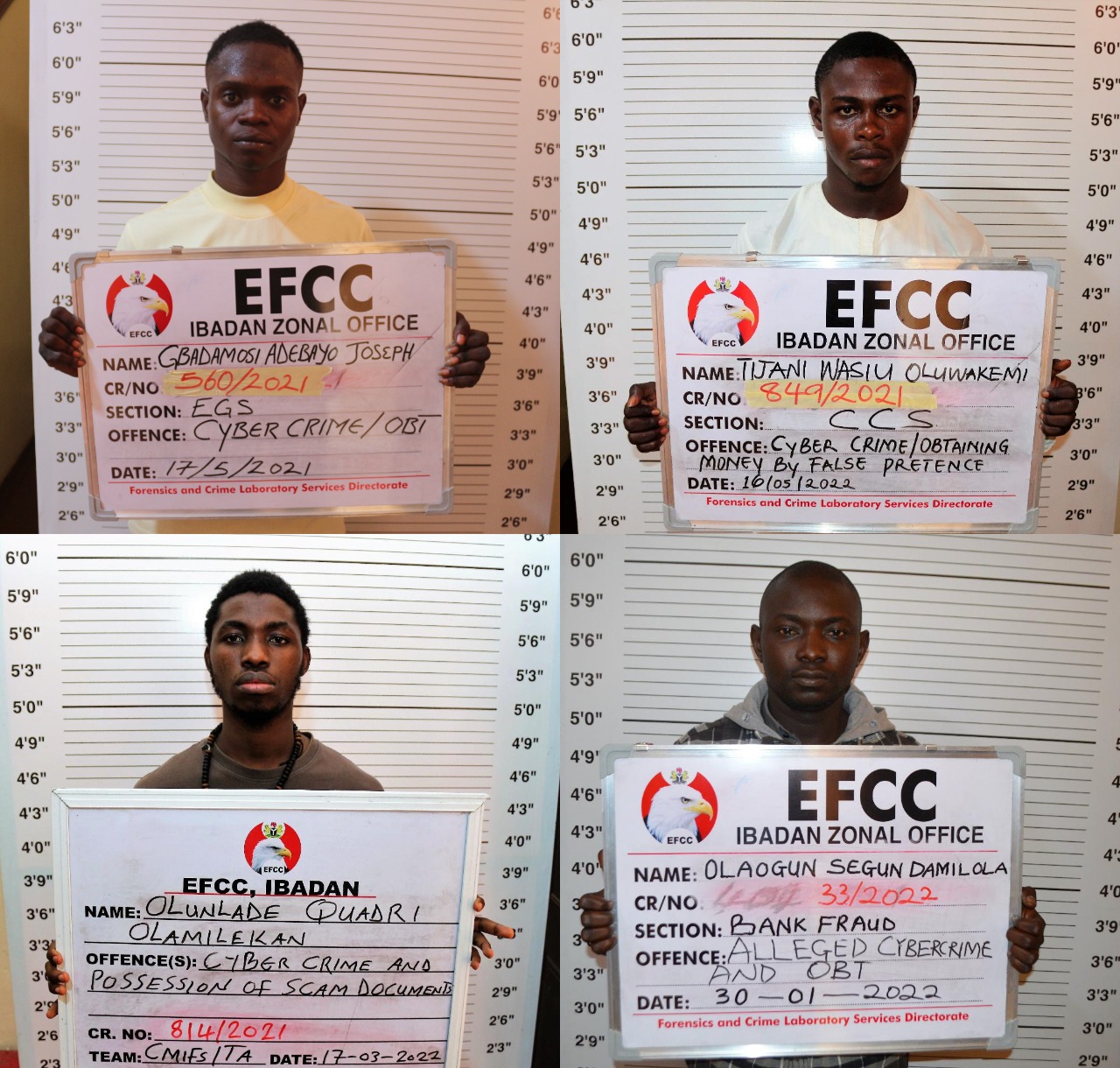 A Federal High Court in Ibadan, Oyo State, has sentenced a student of The Polytechnic Ibadan, Gbadamosi Joseph Adebayo.

The undergraduate will spend six months in prison for internet fraud.

They were arraigned by the Economic and Financial Crimes Commission (EFCC) for criminal impersonation.

They all pleaded “guilty” to the charge when it was read to them individually.

Justice Uche Agomoh ordered Gbadamosi to pay $200 in restitution to his victim.

Oluwakemi, Olamilekan and Damilola were convicted by two different Federal High Courts and a State High Court after pleading guilty.

The convicts were ordered to make restitution to their victims and forfeit various devices and a car.