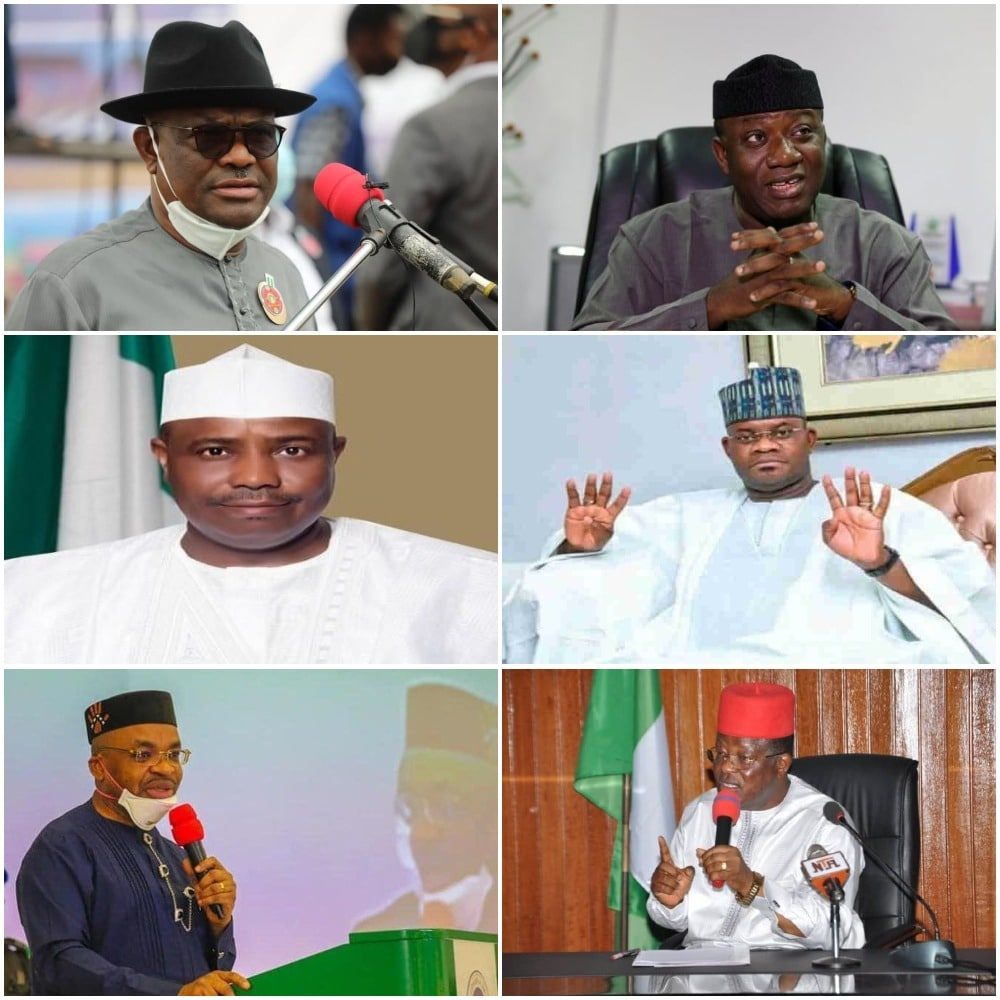 Some serving Nigerian governors have expressed their intention to succeed President Muhammadu Buhari in 2023.

The governors are both from the ruling All Progressives Congress (APC) and the Peoples Democratic Party (PDP).

Ahead of their presidential primaries in Abuja, 38 presidential hopefuls have been going around the 36 states and FCT in private jets to woo delegates for their votes.

It is understood that the aspirants spend millions of naira to charter private jets to move around and talk to delegates to advance their presidential ambitions.

It was learned that the price could be higher when one requests for a bigger luxury jet, which could carry up to 11 passengers like Challenger or Beechcraft Hawker with up to 13 passenger capacity.

While some of the aspirants have been travelling across the country in chartered aircraft, the spending of the nine serving governors has attracted public attention and scrutiny.

Below is the list of governors who have so far spent millions of naira to charter private jets to move around the country to advance their presidential ambitions. Leading the governors who have travelled across the country is Governor Nyesom Wike of Rivers State. Like his Rivers State counterpart, Governor Aminu Waziri Tambuwal of Sokoto State has visited 20 states in order to woo delegates ahead of the PDP presidential primary.

Tambuwal, who is also eyeing the PDP presidential ticket has been to Taraba, Borno, Yobe, Kogi, Niger, Gombe, Kaduna and Zamfara States. On his part, the Ekiti State Governor and Chairman of the Nigerian Governors’ Forum (NGF), Kayode Fayemi, has visited 16 states in the course of his presidential campaigns. Another Governor who has been travelling around the country to seek votes from delegates is the Bauchi State Governor, Bala Mohammed.

Despite the fact that he is a first-term governor, Mohammed is deeply engrossed in his presidential ambition. The governor is one of the 15 contenders cleared for the PDP presidential primaries.