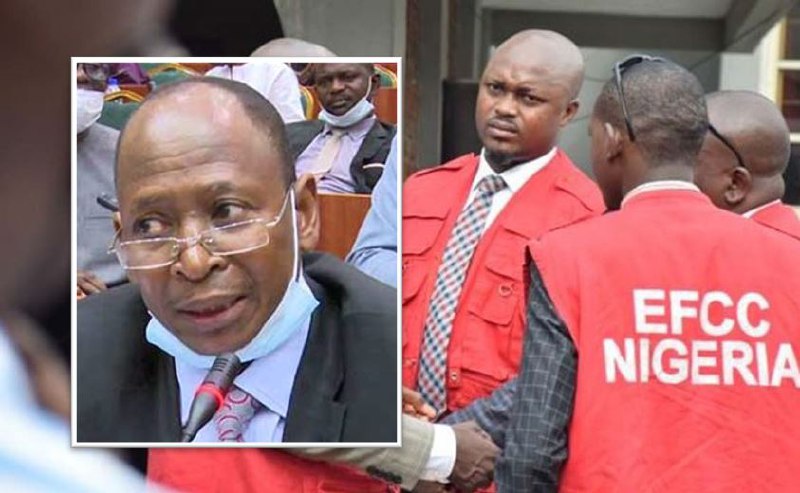 The Economic and Financial Crimes Commission (EFCC) has reportedly got a court order to detain the embattled Accountant-General of the Federation, Ahmed Idris.

It was gathered that the EFCC secured the order within 24 hours after Idris was arrested in Kano.

A source in the anti-graft agency told Daily Trust that they have been relying on the court order to keep him in their custody pending the conclusion of their investigation.

“He is still here with us, he has been cooperating. We will get to the root of the matter. The good thing is that our legal department has secured a court order helping us to hold him till we conclude our investigations,” the source said.

Asked when Ahmed Idris would be released, the source said the Accountant-General may be charged to court soon.

“Evidence at our disposal is damning,” he said.

According to the official, some of the properties linked to Idris in Abuja, Lagos and Kano might be forfeited temporarily.

He noted that the commission will also push for their permanent forfeiture to the federal government.

Recall that the Muhammadu Buhari-led Federal Government had on Wednesday announced the suspension of the embattled accountant-general with a view to allowing a thorough investigation.

“Following your recent arrest by EFCC on allegations of diversion of funds and money laundering, I write to convey your suspension from work without pay effective May 18, 2022,” a letter from the Minister of Finance, Zainab Idris partly read.

As earlier reported by Naija News, the EFCC in a statement on Monday evening, confirmed the arrest of Idris over alleged N80 billion fraud.

According to the statement signed and made available by the EFCC spokesperson, Wilson Uwujaren, Idris was arrested after failing to honour several invitations.

The anti-graft agency accused the AGF of laundering the funds through real estate investments in Kano and Abuja.

According to the commission, Idris raked off the funds through bogus consultancies and other illegal activities using proxies, family members and close associates.