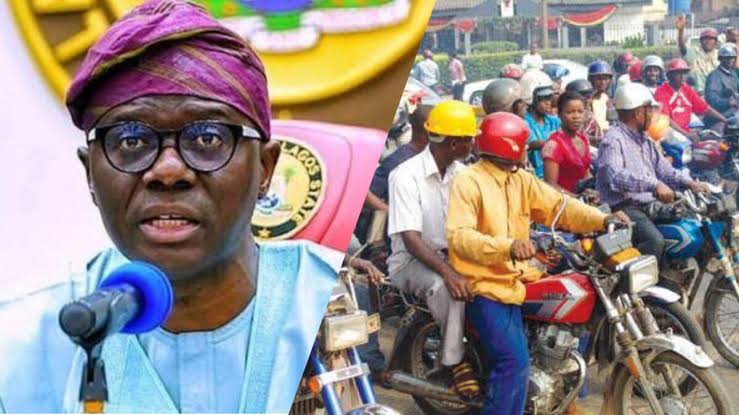 It reported that Governor Babajide Sanwo-Olu of Lagos announced the Okada ban while briefing heads of security agencies in the state at a meeting at the State House, Ikeja on Wednesday.

The governor stated that the total ban on Okada in the six local councils takes effect from June 1, 2022, and would be fully enforced.

Sanwo-Olu pointed out that the ban in the six local councils is part of the phase banning okadas in the state.

According to Sanwo-Olu, the Local Council Development Areas (LCDAs) under the six local government areas would also be affected.

He, however, charged all Divisional Police Officers (DPOs), Area Commanders and the Taskforce to enforce the total ban from June 1.

However, some Nigerians have taken to social media to express their opinions on the ban on Okada in Nigeria’s commercial city.