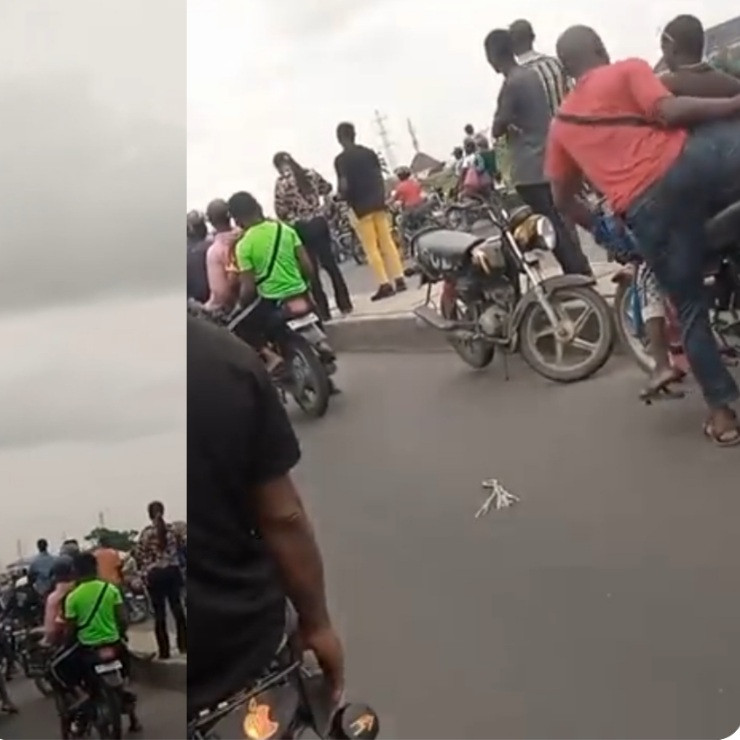 Riders of commercial motorcycles popularly known as Okada and the police operatives were involved in a violent clash on Thursday in Lagos State.

The Okada riders and the police officers engaged each other in a ‘free for all’ at the Iyana-Iba area of the state, with many sustaining various degrees of injuries.

The Okada riders took to the street to protest the ban placed on the operation of motorcycles in six Local Government Areas by the Lagos State Government.

It was gathered that policemen from the Onireke police station, Ojo, impounded some motorcycles early Wednesday and took them to their station.

Policemen in the area shot sporadically into the air to disperse the motorcyclists who also attacked the policemen with stones and other weapons.

The riders then blocked roads leading to Ojo Cantonment and other areas to express their displeasure about the Okada ban.

See the video of the protest below.

Recall that On Wednesday, the State Governor, Babajide Sanwo-Olu announced the ban on the operation of ‘Okada’ in six Local Government Areas of the state.

The governor said the ban takes effect from June 1, 2022, and all the Local Council Development Areas (LCDAs) under the six local councils would also be affected.

The governor pointed out that the ban in the six local councils is part of the phase banning okadas in the South West state.

He, however, charged all Divisional Police Officers (DPOs), Area Commanders and the Taskforce to enforce the total ban from June 1.