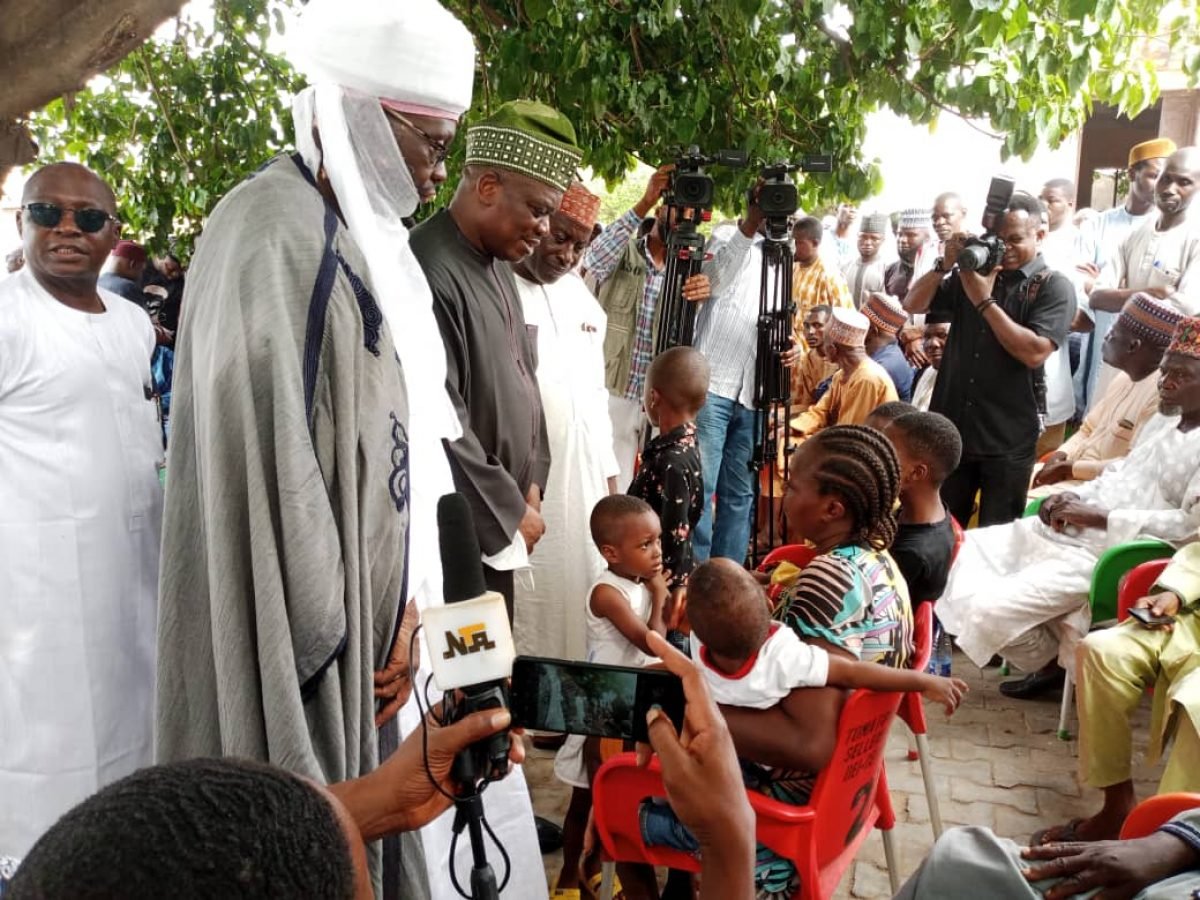 A clash between commercial motorcyclists and traders last week claimed five lives. The market has been shut.

Adesola appealed for calm and prayed that God grant the victims and give the families the fortitude to bear the loss.

“It’s our prayer that God wouldn’t allow this to happen again. This peace that we are building on, let’s continue to sustain it.

“We have one objective, let’s build on it. The Minister sent us to the families. No matter what we give, it cannot replace the lost lives”, NAN quoted him saying.

The official secretary thanked the Emir of Jiwa for his usual quick intervention and support.

He urged residents to support the FCTA and security agencies in efforts to build and maintain peace.

Ibrahim Idriss, who lost a relative, Harisu, said the visit was “soothing and has reassured us to keep hope alive”.