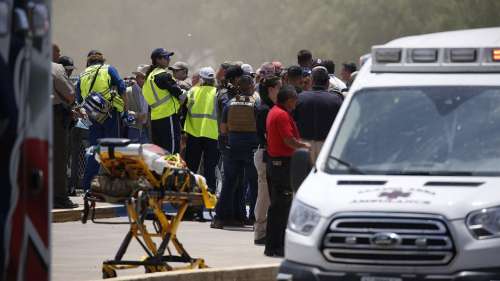 The devastating death toll coming out of Texas includes 14 children, one teacher, the teenage shooter, and reportedly his grandmother.

Gov. Greg Abbott said 18-year-old Salvador Ramos of Uvalde, with a handgun and possibly a rifle, “shot and killed horrifically, incomprehensibly 14 students and killed a teacher.”

“The suspect also allegedly shot his grandmother before entering the school and again opening fire,” ABC News writes. Ramos was reportedly fleeing police when he got to Robb Elemenatary, per the Daily Beast. The suspect is believed to have been killed by police, Abbott said.