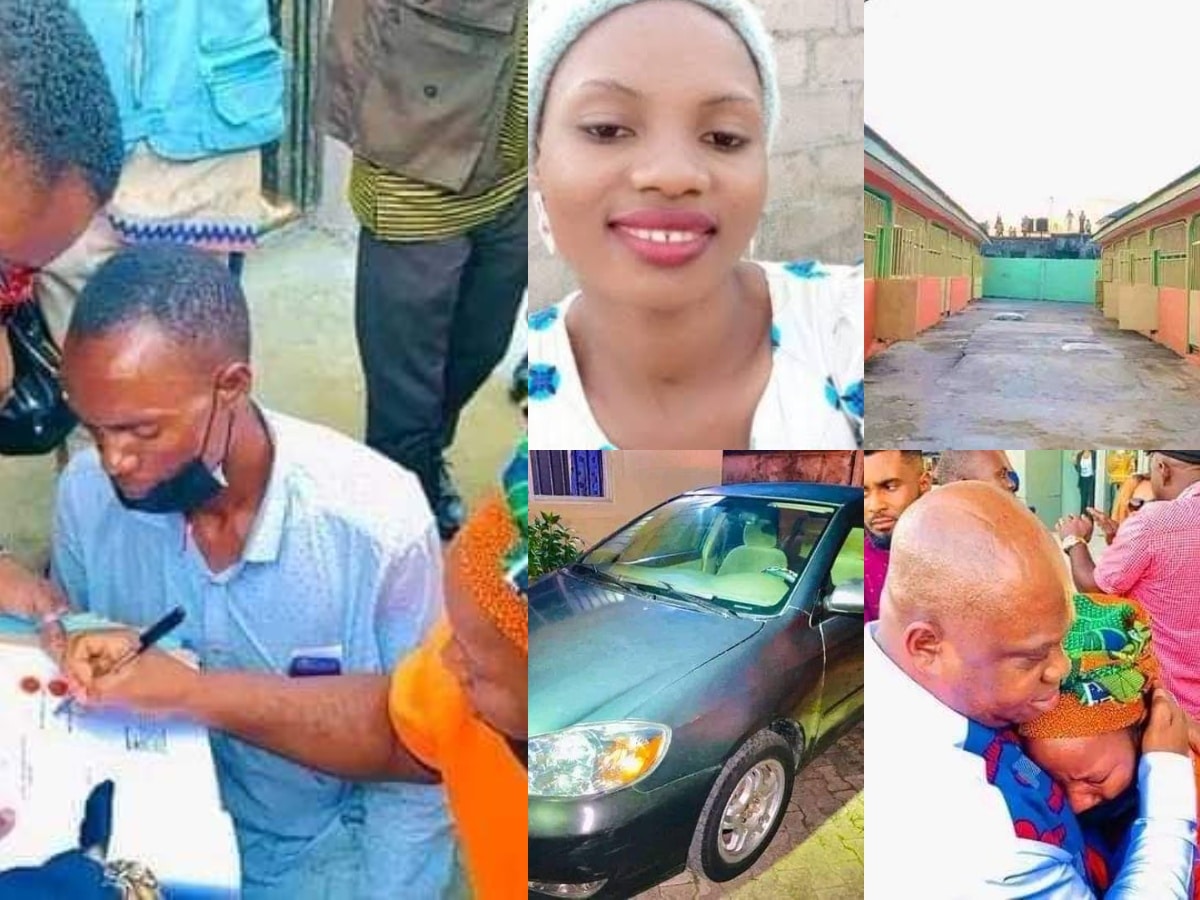 The General Overseer of Omega Power Ministries, Chibuzor Chinyere, has finally fulfilled his promises to the family of slain Sokoto student, Deborah Samuel.

Deborah was the 200-level student of Shehu Shagari College of Education, Sokoto, who was killed two weeks ago for allegedly insulting Islam’s Prophet Muhammad.

The young lady was beaten and burnt to death by some Muslim fanatics in her school, Naija News recalls.

Her death received a barrage of reactions from concerned Nigerians at home and abroad.

Joining a host of others in mourning the student’s death and sympathizing with her parent, Apostle Chinyere last week, offered scholarships to the siblings of Deborah Samuel and her parent.

While the memory is yet to die down, the renowned Port Harcourt clergyman has deemed it fit to immediately fulfil his promises to Deborah Samuel’s parents.

Apostle Chinyere donated the buildings and a corolla car for uber business to the family of the slain lady.

It was revealed that the donations were fully sponsored through OPM Church tithes and offerings.

Deborah’s parents could be seen in viral photos penning their signature on some documents suspected to be for ownership of the vehicle and houses.