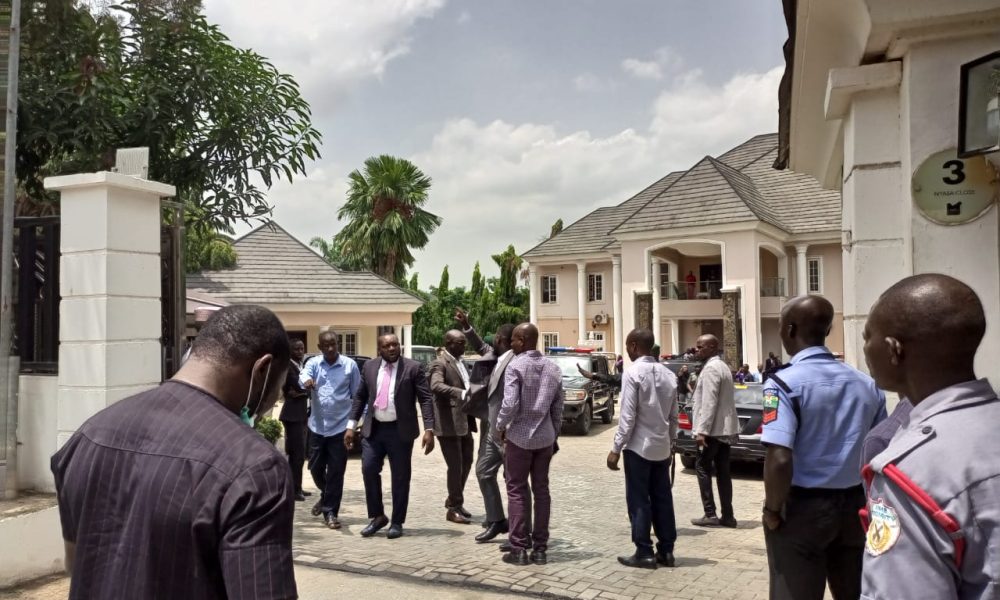 After a stakeout of about nine hours, operatives of the Economic and Financial Crimes Commission eventually on Tuesday arrested former Imo State Governor and Imo West Senator, Rochas Okorocha.

The EFCC operatives had stormed the Abuja residence of Okorocha but the Senator locked himself in the house and refused to come out.

The EFCC spokesperson, Wilson Uwujaren had explained that Okorocha had jumped administrative bail and had been evading been served court papers, which forced them to storm his residence on Tuesday.

The anti-graft agency accused Okorocha of stealing public funds to the tune of 2.9 billion naira.

After waiting and stalking him for several hours, the EFCC forcefully entered his house, arrested him and drove him away.