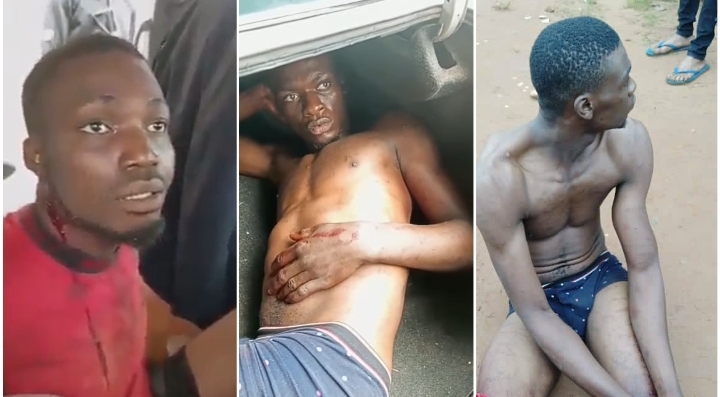 Some young men suspected to be members of the unknown gunmen causing havoc in the south east were set ablaze by angry mob in Imo state.

Salemgists gathered from sources that no fewer than four of the suspects were captured by security forces and later set ablaze.

One of the suspect identified as Chinaza confessed that he was a member of Eastern Security Network, ESN but he later abandon the gang.

His confession led to the arrest of another ESN member, Mmesoma and other two who were later set ablaze.