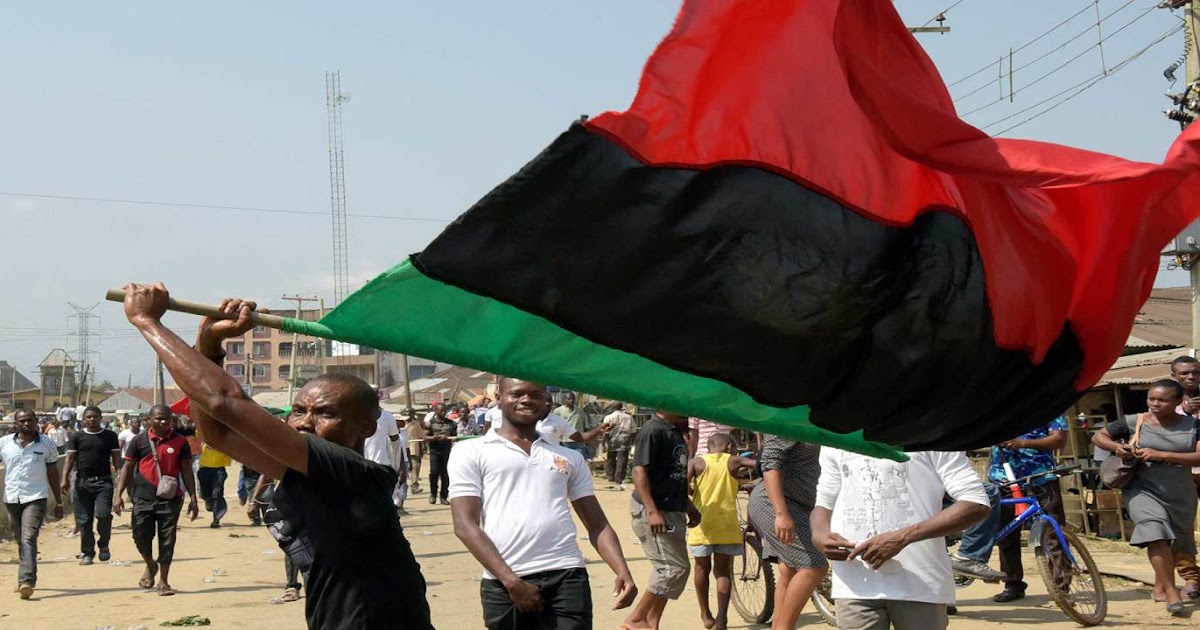 The Indigenous People of Biafra, IPOB, on Wednesday rejected the terrorism tag by the Nigerian Government.

Emma Powerful, the spokesman of IPOB, accused the Nigeria Police Force and Nigerian Army of deliberately attempting to assassinate the character of its members.

Powerful said immigrations and police officers across the world could attest to the fact that members of the separatist group are not terrorists and criminals.

He stated this in his statement to mark May 30, a day set aside for Biafra Remembrance Day.

The statement by Powerful reads partly: “The global movement and family of the Indigenous People of Biafra (IPOB) under the command and leadership of our great leader Mazi Nnamdi KANU wish to congratulate Biafrans, friends of Biafra, and lovers of freedom across the world who made out time to grace the epoch event and remembrance of our fallen heroes and heroines who paid the ultimate price for the freedom of Biafra between 1967-1970 and till date.

“We commend Biafrans both home and in the diaspora over their resilience, tenacity, and effort in ensuring that our celebration of Biafran Heroes and Heroines was very successful and had a beautiful global outlook in all countries in the world.

“IPOB leadership brings to you a message of encouragement and hope from our great leader Mazi Nnamdi Kanu who is joyful over the committed participation by IPOB families worldwide who demonstrated to the global community that we are ready to go and to manage our destiny in a free and Independent Biafran Nation.

“In line with fully charged emotions and agonising memories, we appeal to the conscience and conscious considerations of the International community to extend to West Africa and precisely the Biafrans that all-important and widely preached and consistently published “United Nations Universal Declaration of Human Rights” which includes but not limited to freedom to choose our political, economic and social systems, self-determination, human and people’s rights, the right of women and children, freedom of information dissemination from Biafraland, right to health, right to life, freedom of association, freedom of worship and choice of religion, the indigenous people’s right of assembly, right of freedom of political affiliation and self-representation and preservation as well as self defence.

“It is also unheard of that we are by the stipulated policies of the Nigerian Government not allowed self-motivated, community effort/financed regional infrastructural development in compliance with Sustainable Development Goals.

“We equally thank IPOB families amongst us whose effort on this year’s Heroes Remembrance Day program of events attracted Distinguished Diplomats and Dignitaries of high repute, especially from their host countries.

“The indoor program yielded more opportunities for the tenacious pursuit of Biafra freedom and for our people to be re-educated by knowledgeable Biafrans and friends of Biafra on the need for us to remain peaceful and focused no matter the height of mountains of distractions and provocation from agent provocateurs working against our collective interest but working in collaboration with the Nigerian Fulani government.

“Therefore, everyone must endeavour to focus on the ball “the larger picture” is our struggle to liberate our land from the distasteful forcible union called Nigeria.

“We are Biafrans of over 75 million in population. We are no Terrorists; we are no criminals as our oppressor Nigeria wished to tag us. Every country and Nation of the world Police, Immigration Foreign Affairs, and Competent Courts can attest to our good conduct, which is contrary to deliberate character assassination of a race by the Nigerian government police, armed forces, and their media disinformation.

“To those in Biafraland who in all selflessness, tenacity and in submission observed a total lockdown of the entire Biafra space, it is evident that we need Biafra now and that we are not terrorists and criminals and would never be; we are rather professionals in all human endeavour. This further demonstrates that we have a common voice and must never be taken for granted.”